Well, I've only done 2 hours at Pindle, so I'm not going to be too fussed if you want to change it.
F

Locohead said:
If enough people feel that there's a fair way to include Baal drops, I will say OK?
Click to expand...

In your own link in the first post there is a Baal table which is considered "a fair way to include Baal drops" -- unless MFO rules are considered unfair for the purposes of this tournament. But granted it's in a separate category for MFO. Anyway since I really want to make progress on my 99er Sorc it doesn't make sense for me to run anything else. So if that option doesn't exist I'll run out of competition I guess.

Honestly, its a bit of fun so I personally couldn't give a rats *** if you include your Baal drops
F

No worries, I'm just saying I'll run Baal without giving a rat's *** if the drops count here. Up to @Locohead whether only the Pindle or lvl 85 are valid targets.
L

Now that the tourney has started, it's bad form to change the rules. We also can't assume every person is monitoring the forum for changes. Therefore, I want to make as few changes as possible. So:

- We cannot add Baal or any other drops (something for the forum to consider for next time?)
- Time spent in Worldstone Chamber (i.e. killing Baal) can be excluded from your 20hr total. Honor system, doesn't have to be 100% precise.
- For now we will allow Pindle because it was in the rules when the tourney started, but I refer to Albatross as the resident expert on run efficiency. If he states that Pindle drops/time are too much better than A85 drops, we might exclude Pindle drops and refund any time people spent on Pindle, if enough entrants agree.

I'll have to stick to that plan. Before the next tourney I'll want to closely examine numbers on Baal, Pindle and A85 drops to see if they can be safely mixed. As for the fact that MFO has Baal scoring - yes, but MFO also separates Baal and Pindle from A85, so to me that says something. I think they could probably be mixed in the future but it has to be done really accurately.
Last edited: Dec 6, 2017

Agreed, let's stick to what we started with.

Quick pit and AT runs are more efficient than pindle and with him not being able to drop tyrael's, it's pindle runners who are at a disadvantage. We can revisit potential category merges in future tournaments.

Edit: oh dear, when did I become an expert at this Let's hope people who "did the math" regarding the drops and categories, if they are still around, are going to sign up and join the discussion next time.
Last edited: Dec 6, 2017
L

Thanks for the info. Glad we can stick with the original rules.

Had a lot of time to play. 6 hours in so far.. not looking good, lol. 1 qualifier in the last hour run, and it was crap. Worst hour yet. Piles of elite items, just not the right colors! (these screenshots came from the same run, 1 screen apart, lol) 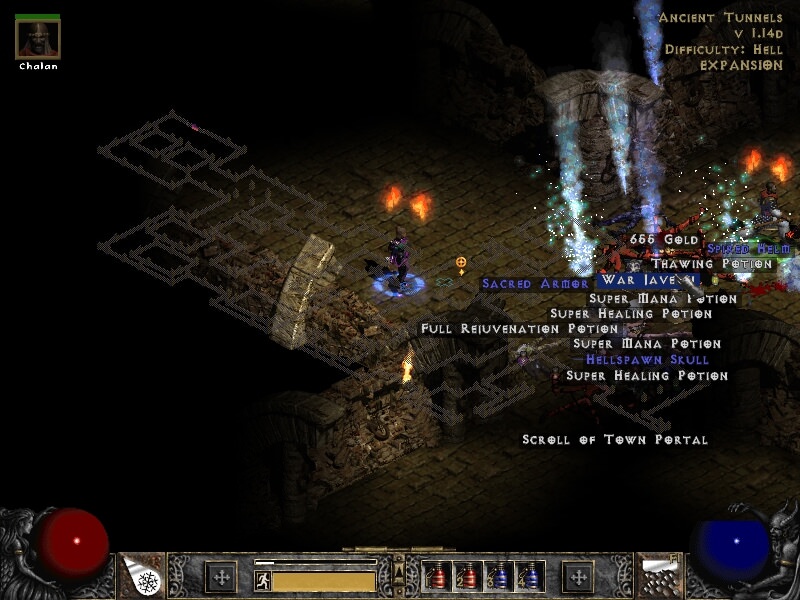 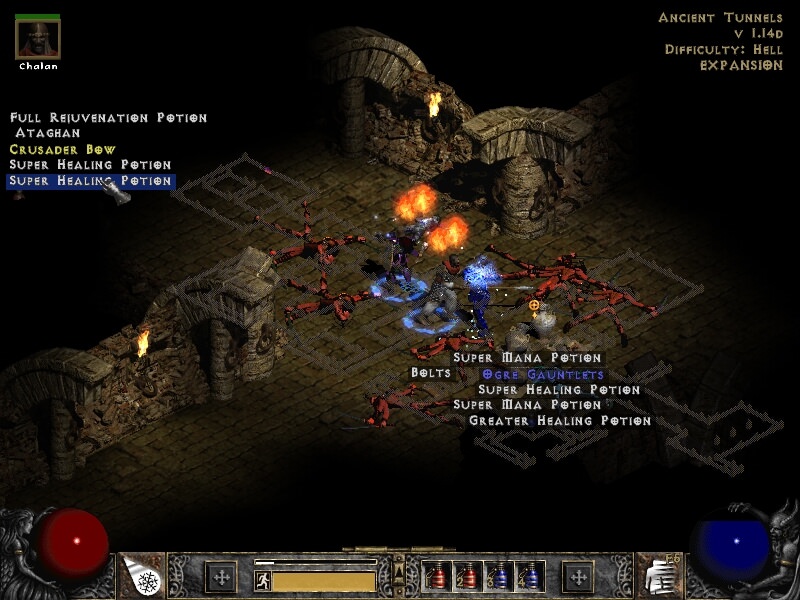 RNG trolling at it's finest

On the topic of runs, haven't started mine yet. Had a nostalgic skyrim flashback and played a little, but I'll get down to AT tonight to make up for the lost time.

If it makes you feel any better, I have one qualifier and...

Kitteh said:
If it makes you feel any better, I have one qualifier and...
Click to expand...

Was the Diadem any good regardless? @Locohead Can I join this tonight and run AT and/or Pits? Since we don’t need a trade profile I’d be in.
L

Southpaw8668 said:
@Locohead Can I join this tonight and run AT and/or Pits? Since we don’t need a trade profile I’d be in.
Click to expand...

Yep! I don't see any reason to lock out late entrants.

Elemental skills, frw, mana leech and something else if I remember correctly

Kitteh said:
Elemental skills, frw, mana leech and something else if I remember correctly
Click to expand...

I'm a little below four hours, with 2 qualifiers. I'm also running with a 240mf HC fishymancer, so y'know. I'm using some of my hunter druid's gear, so I'm slightly paranoid about deeding it Some annoying almost drops...

Take me out of this one, sorry guys.
Too busy with work and I’d prefer to spend the little time I have on Vizier/Infector.

@Yng see you at the next one

Ran 2:18h (or at least I thought so) before I flew in hot (cursed) into a fana-might sandwich. Recovered the corpse and called it day. Then I double checked the total time elapsed on the counter because something was way off.

Does anyone use the simple run counter? I so, pay attention to when you pause for longer periods. The time which passes while you are away is added to the "total time elapsed" once you press resume :/ I had to multiply my number of runs + 5 (because that's the number of pauses I had and those runs aren't counted) with the average run time to get my real total time elapsed, which is 99 minutes.

Lesson learned, will keep track using a stopwatch or whatever comes handy for the remainder of the event.
Last edited: Dec 7, 2017
L

I never used any counter programs. I've just been starting at set times on a clock and running for 1 hour blocks.

I use Silo's run counter? Is that the one? I never even noticed that...

Kitteh said:
I use Silo's run counter? Is that the one? I never even noticed that...
Click to expand...

Yes. I don't know about the advanced version, maybe it doesn't do the same thing.