PvP week is here again. The pool of players is getting smaller (and less practiced...) so now is the time to blow the dust off your characters and join in.

If you have never PvPed before, this is a great chance to get started. You can get advice on building your character, and if you are nice you may even get some gear gifted to you. So put away some of your preconceived ideas about PvP. Not everyone has amazing gear, and not everyone has amazing skills. Just give it a go.


PvP week 16 is here. Join in, make new friends. And try to kill them.


What is PvP Week?
I think after all the PvP weeks we have done already most people know by now. It is a week of PvP games, intended to be a friendly way to introduce new players to high level duelling. I used to write that it was non competitive, but who am I kidding? Everyone wants to win. Let’s just say it isn't a competition. If you are new to PvP but worried about getting smeared all over the Blood Moor, don’t be. Your new character may have a steep learning curve, but it is everyone’s interests that you enjoy it and keep playing. Players can split into teams to even out skill levels. Don’t expect to win every duel either though


What happens in PvP Week?
- You will get the best idea by reading the write ups from all the previous PvP weeks - see the list at the bottom of this post.
- The idea is a PvP game, every night, for a week. You don’t have to play every night, but you can.
- PvP week is all about high level, bad manners rules duelling, hell difficulty on The Blood Moor.
- You can ask any questions in this thread or The PvP Thread
- Please make sure your characters are up to date in The PvP Thread.


The Rules
- We play in 1.13d.
This may change if everyone has upgraded to 1.14 already, but currently most of the regular PvPers have not upgraded.


If you haven”t PvPed in a while, check the rules. These are quite new.

General PvP rules:
1. Mana potions are allowed for all classes (except for the ES sorceress).
1. a) It is allowed to drop potions in front of blood moor entrance. Same applies to arrows.
2. No minions that cannot be summoned in town with the exception of Decoy.
3. Replenish life is capped at 50.
4. Slow is capped at 10%.
5. Poison damage from charms is not capped at all.

Skills:
6. Banned skill are: Slow Missiles, Holy Freeze, Mediation, Prayer, Cleansing, Iron Maiden, Decrepify, Bone Prison, Life Tap and Clay Golem. Those skills are banned in any form or shape, regardless of their source. (Doom, Exile, Lawbringer etc)
6. a) Items containing banned skills charges aren’t banned but using those charges is. (Marrowwalks, Sanctuary etc)
7. Cold Mastery is capped at one point only for Blizzard sorceress class.
8. All charges from items are allowed, with exception of banned skills. (Oak from Hoto is allowed, Wolves from Crescent moon are allowed)
8. a) Lower resists from wand charges is only allowed in team duels.
9. No recasting of Cyclone Armor. You can re-cast Bone Armor though.

Prebuff:
15. Call to arms can be used from stash for all classes (no buffing with any additional items, including shields; just gear you use)
16. ES can be prebuffed with maximum two items
17. Prebuff is fine for low tier pvp characters (Cold armor sorcs, wolfbarbs, fuzzydodgers etc)


So What Is This Thread For?
Any questions, pre-match banter, post-match analysis, videos, screenshots, basically anything that you like related to PvP Week.

I’m not going to do a sign up table, but if you are in, please post. Especially if you can help with the hosting.

Hmm.. I would join some group PvM but might try pvp too. No other high level chars except my single player necro.

I'll be around and can host now.

Count me in, I will join some games

I wantz Gripps real life Hammerdin pic. Will be there ready to kick some buttocks.

I think Froz should do it because he is hammerdin fanboy playing him most of the time.

I don't promise to join, but I'll try.

I'll start by installing GoMule and downloading my stashes today.

Grip is not allowed to post the picture of himself dressed as a hammerdin until one week before.

maxicek said:
Grip is allowed to post the picture of himself dressed as a hammerdin right away as he's clearly using an MF setup and isn't equipped for PvP, therefore allowing someone else to win.
Click to expand...

Fixed that for you Max.

Someone lend me some cold gc's. Summer's back in town

Only a few days left of preparation. Update you characters in the PvP thread too.

Hi guys. Could anyone lend me a 35 fcr spirit for the pvp week please? Or maybe even sell one? Thanks and sorry for off topic.

I did it the hard way and made the shield by myself. Looking forward to the pvp week.

Planning on putting a game up in about 2 hours from this post. I will post in this thread.

If anyone else wants to kick things off before then, be my guest.

Time for PvP already. Almost forgot about it. 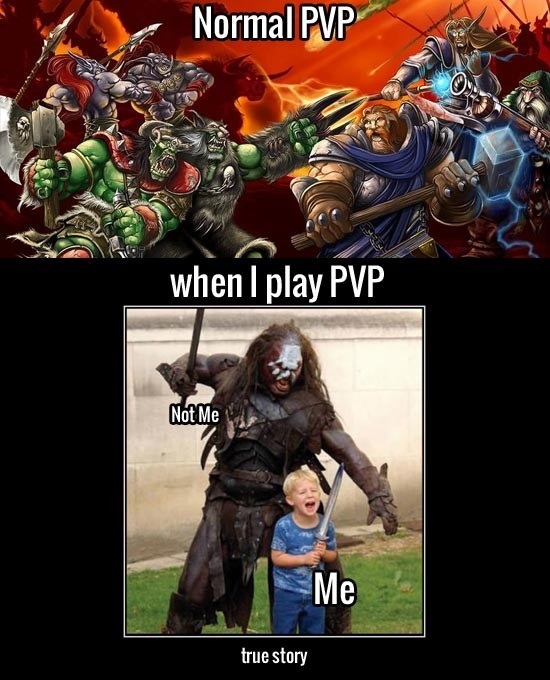 Game is up, PvP Week is go:

I'm in already. Will be playing with windy tonight.

Some nice duels tonight, thanks for the games.

de_Carabas is one of my oldest PvP characters, probably the second I ever made. After all these years, finally I have a gear setup and key combination that I feel comfortable with. Hammers are still a bit random, but less random than last time I played him. Froz (Faithless) is a goddam sniper with hammers though. He teled next to me dropped one hammer and bam - headshot - I was dead.
You must log in or register to reply here.
Share:
Facebook Twitter Reddit Pinterest Tumblr WhatsApp Email Link
Top