Dear all, I used to participate and post on the forums in 2009-2012! I'm so glad this forums still exists and my old login still works!

Back when Diablo3 was still being made and we thought that we might be able to influence the development of Diablo3! Since the launch of Diablo3 I walked away a bit from the community but an itch to make a better game never went away. After many years talking with friends in the gaming industry and theorycrafting, me and some friends decided to try making a game "Demon Knights of Ankhoron" combining the best of Diablo, Dark Souls, and Fighting-games. Apologies for a bit of self-promotion but I think it adds to the story.

I still believe some of the posts we did in 2009 were read by Blizzards developers as some of the ideas were used in Diablo3 (that were no seen before). I think that there were ideas we thought of back then that are still not properly implemented now. And Blizzard is still trying to recreate the Diablo 2 experience many of us enjoyed so much.

So what best to test my theories than to try to make a game and put my money where my mouth is. This only became possible because Unreal Engine is now free (5% royalties) and the gig economy means I can find AAA talent that want to work from home or try making a startup!

Since then, we have spent >$100k usd. Met great people, bad/lazy people/frauds (luckily only a few), and put our game together. And it has a lot!
Hopefully this might interest some of the old crowd. I'm not even sure how active this forum is. I should have reached out earlier to receive feedback.

But I would like your feedback now! Let me know what you like or dislike. I can run polls here or on our website. Anything you tell me here will directly influence our development. Its playable now and pretty but only in sections and is far from complete with many of the mechanics still to be built.

If you are interested, please check out our game at www.archonforge.com (trailer ) and just for full disclosure, we are running a Kickstarter and if you want to (I won't push for it again to respect this forum) please check it out and see if you want to support us or share with your friends! You can even pay to have me put in your feature/character! 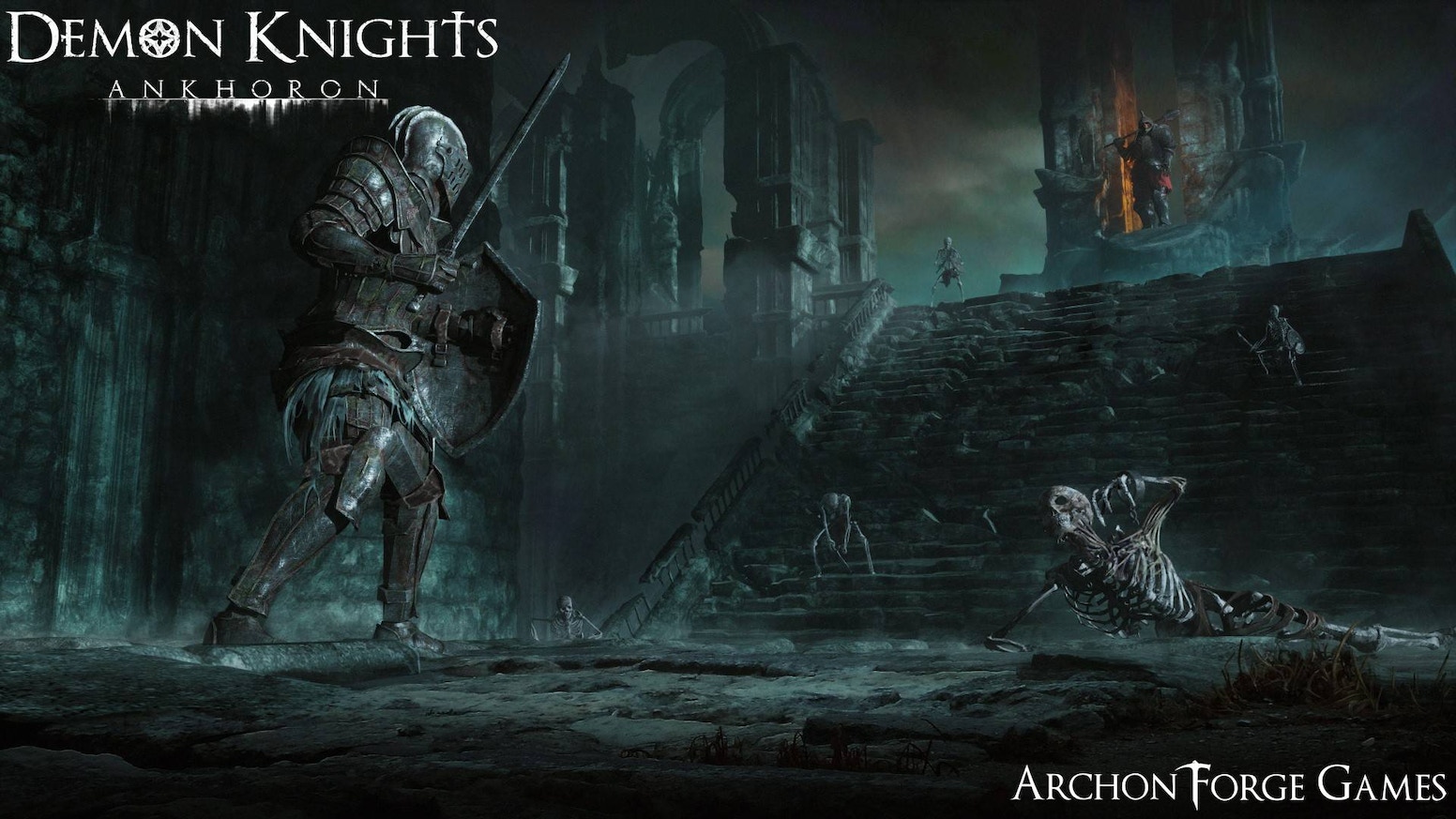 Dark Gothic Action RPG Fighting Game made by AAA artists. Master a knight or demon as you explore the ancient world of Ankhoron.

I'm happy to go into any detail on gameplay, skill-systems, game making/design, or anything else you might be interested in. I love talking games and Diablo.
Last edited: Nov 6, 2019

From first impressions I see linkage to the other games referenced, but not very much ingame resemblance to Diablo at all. Maybe I'm just too accustomed to the isometric, atmospheric aspects of the series, but the trailer really didn't capture it.

Hi Witchdoctor, its still improving day-by-day and we plan to show more gameplay later. The Diablo-like magic skills are just being to be implemented in the recent builds now that the basic animations and VFX are working. Unfortunately the Diablo explosion of magic/gore is kind of the hardest to do well and takes a lot more effort in 3d than 2d. Some effects will look great though!

Art-wise don't worry as we have a lot demonic enemies coming. A demon grotesque and Treant are our next models and almost ready. I think our dark feel is closer to D2 than D3, and quite darker than Torchlight or even Path of Exiles.

Our Loot system is very Diablo-like with lots of random enchantments, magic/rare/set/unique pieces, and our own crafting/enchantment system which will be implemented starting next month. There aren't many over-the-shoulder 3d games with Diablo-type loot but we think we plan to do it.

We have also designed our skill-trees and will be implemented gradually as our magic effects are being created. Hopefully most will be ready for our playable demo in late December.

In the meantime, please take a look at a short gameplay video (still no magic here that is coming next week) and some of our demonic models.

If you like this we have a lot more demonic models and levels on our website and more in design that are not yet ready to be posted yet.

A Teaser for the Mimic Demon. The first of many demons to come. The Mimic Demons were the first of the demons from the deep. Viscious spider-like crabs that hide in holes and ambush their prey with blade-like claws and a poison tail. They are a plague on humanity. “Their numbers are growing and...
archonforge.com

Let me know what you think!

For anyone that might be interested, we have a new gameplay and founding team introduction video if you are interested. We will add more skills and magic going forward that will show the Diablo2 influence. Right now just have the Paladin-like "Charge".

Combat and Skill Trees Choose your iconic hero, your weapon preference, and school of magics. Together you can access the deep and customizeable skill-trees for different types of combat including: quick melee, slow melee, ranged projectile, ranged AOE, Healing support-skill, charging/dashing...
archonforge.com

More features such as the quest and loot drops and inventory is planned for next month!

One more update with a teaser for our Demon Mimic!.The first of many Demons to come.

Also we have 36 hours left on our Kickstarter. If anyone was thinking of supporting us, this is the last chance!