Hey HC fans, with the success of the last one we are back with another themed run, from the mind of the awesome Krupa; only level 1-6 skills and passives can be used, however points can be put into 12-30 for synergy purposes only!
We took this run into Expac as we wanted runewords, Expac characters and other stuff again...and it miiight be a little hard in Classic!
Sadly Adam could not make it for this run due to RL, but I'm hoping to coerce him into joining us later (if he doesn't, I'll hop on the train over the border and coerce him in person!)
So, without further ado, here are the builds!

The party dynamic made our first session a breeze! We smashed our way to Jail Level 1 waypoint and next week we should be able to build on that and I hope we smash all the way to the Canyon of the Magi waypoint! 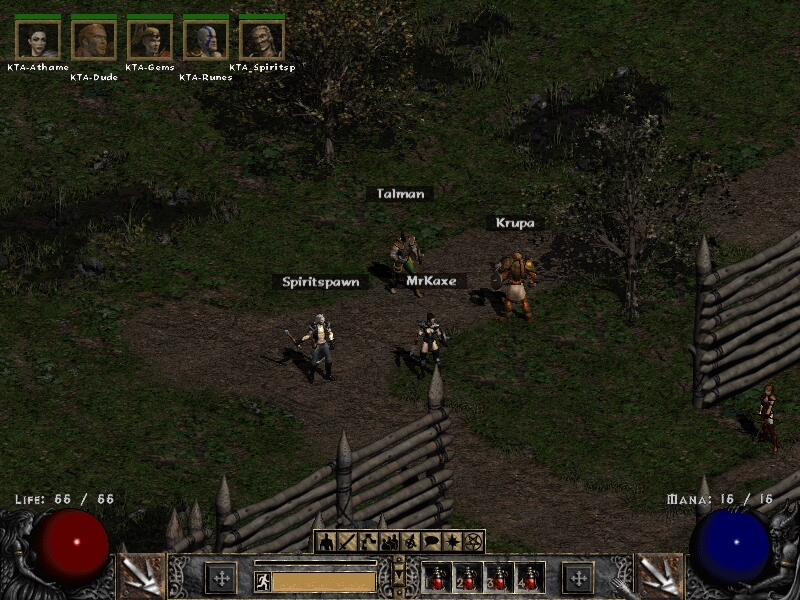 Thanks! The last session we had was a few weeks ago due to RL issues getting in the way, but business will resume as normal this Monday coming! Prior to that we stomped on Andariel, got some decent enough rares, powered our way through Act 2 and grabbed the staff just before the end of the session, so we hope to have Act 2 cleared out by close of business Monday!

More RL stuff got in the way so next week for sure we will kick some butt guys!

So last week we destroyed the Viper Tomb, Palace, all legs of the Arcane Sanctuary and all false tombs before we drew to a close. Tonight Duriel will meet his end and we should have most of the jungle tamed! Stay tuned!

You destroyed the Palace, the AS and the tombs? Wow, just wow ...

Congrats on the progress .

Act 3 was taken care of quite quickly, right up until Upper Kurast waypoint, eye, heart and brain waiting for the flail once we destroy Travincal

@Talman Sacrifice is quite a bold choice in HC!

The last few sessions have been half sessions due to various RL problems, but the progress continues! Joe, Will and I cleaned up all the zones in Act 4 Normal, Izual and Hellforges all done, waiting at RoF WP ready to bash Diablo's head in next week, complete with Talman when he catches up
G

Sorry for the lack of progress my boys, I've been unable to log in to bnet for over a month now and there's a lot of RL stuff going on for KTA'ers atm!

Talman said:
Sorry for the lack of progress my boys, I've been unable to log in to bnet for over a month now and there's a lot of RL stuff going on for KTA'ers atm!
Click to expand...

You've been unable to log into BNet, because you don't have the time, or because of technical issues? Because for me it's the latter, and I'd be curious to know the details if that is the case for you as well.

T72on1 said:
You've been unable to log into BNet, because you don't have the time, or because of technical issues? Because for me it's the latter, and I'd be curious to know the details if that is the case for you as well.
Click to expand...

Tech issues - I mentioned that you were experiencing issues too, he said he'll contact you.

Yes private messaging ongoing, it seems the Battle.net "guardian" software is detecting a false positive from our ISP's which are the same.

Maybe there's strength in numbers, hopefully they will do the right thing...err...yeah

So ladies and sirs, as Blizzard are still messin' with Mr Talman he told us to press on with a new run today, as our old run was so old we would have struggled to make it work on the old ladder, so we are fresh and new and rolling out the damage as we wait for Talman to rejoin us!
No theme this time to make it easier on the three of us, hoping Adam Hedstrom (asdfg) rejoins us for this one (if he has the time!) as well as Talman when they fix it for him! So, without further waffle, builds as follows:-

(oh damn! the screenie seems to have worked so I didn't need to type that, but hey ho!)