We decided to do things a little differently this time around and bring a theme back to the KTA runs, which is a welcome change as it has been a while! Talman suggested we give Classic a try and we all jumped on the idea!
We had a little discussion about a well-rounded party and picked some builds, which are as follows:-

me: Static/Nova Sorc
Krupa: Poison Necro
Adam: Zerker Barb
Talman: Avenger Paladin
and to welcome in our new runner, Spiritspawn, with a Bonemancer!

We stomped all over Act 1 in a short space of time, hitting the Inner Cloister waypoint at the end of the session ready to take Andy down next week

I for one am really looking forward to seeing how we get on without Insight and runewords and suchlike, should be fun! 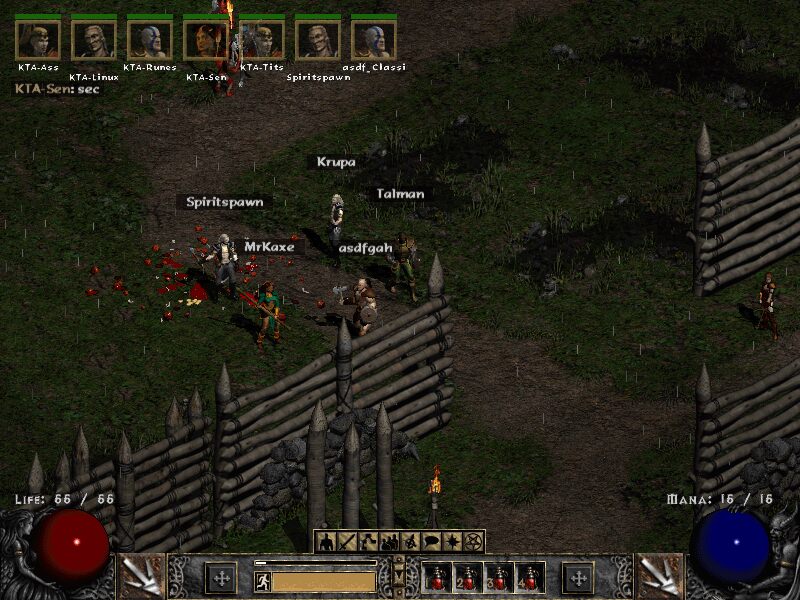 Do take note of the filler named KTA-Runes

It was a good start to the run. Great to be a part of it!

Level 17 and looking strong with some nice drops early on as well, a couple of pieces of the Arctic set, and some fairly tasty rares.
Andy should go down pretty easy, although the dreaded Act 2 Normal Durial is looming in my mind.

Talman... I'm rather suspicious of this so called Rune man... He just lurked around the RE for the whole game.

Spiritspawn said:
Andy should go down pretty easy, although the dreaded Act 2 Normal Duriel is looming in my mind.
Click to expand...

I'm thinking Iron Maiden + Thorns and a bit of Battle Orders should take care of him!
Because my god, I just realized how high level we are lol

Talman said:
Do take note of the filler named KTA-Runes
Click to expand...

Spiritspawn said:
Talman... I'm rather suspicious of this so called Rune man... He just lurked around the RE for the whole game.
Click to expand...

Gimme a break you two, I had a hangover yesterday

I'm thinking Iron Maiden + Thorns and a bit of Battle Orders should take care of him!
Click to expand...

I don't have IM, not sure about Krupa. I should have Decrep by then which combined with Krupa's Clay Golem should drop him to a snails pace.
Thorns, BO and hefty beat sticks will probably take care of the rest.

But if we really feel we need it then I'm happy to drop a point in IM.

Spiritspawn said:
But if we really feel we need it then I'm happy to drop a point in IM.
Click to expand...

We'll see when we get there, we've also got a mean static Sorc so I really don't think it will be necessary!

Thought I might do the write up this time.
We had a full house.... That weird Rune Guy was lurking around the RE again.

Anyway, the game started and we rushed off to the Inner Cloister and into the Cathedral before flying through the Catacombs and on to Andariel who fell pretty quickly
to our combined might. No real notable drops although I beleive a nice pair of rare gloves was obtained.

On to Act 2 and we were flying through the sewers and then out into the Rocky Waste as headed for the Cube and other artifacts.

We made it through with no real dramas and were granted access to the Arcane Santuary (Although I had a fairly hairy moment in the Palace Cellar...).
We thought we might have time to blitz through and get to the Canyon of the Magi but after two false ends it reached 21:00 and time to call it a night.

Because of the Christmas and New Year break the run will resume on Monday 7th January where I expect Duriel to fall quickly and we'll move on to Act 3.

Everyone is currently Level 22.

Hope you all have a good holiday break and I'll see you in Lut Gholein.

Stay safe, and happy holidays to you all .

Spiritspawn said:
after two false ends it reached 21:00 and time to call it a night.
Click to expand...

What a strange coincidence, I'm assuming their mouses broke?

I got a tiny bit of water in my G500 and the right click died, so as a Nova/Static Sorc I was effectively useless!

How are we looking for tomorrow? I'm not sure if I should join, depends how confident I feel about my exam. If not I can still come in and leech quests.

Hope your all hada good Christmas and New Year.
Talman, I was just logging in to ask this question!
I'll definitely be there so will log in at the usual time until we're ready to go.

I'm in if we all are

Just wanted to check in to see if we are resuming the run tonight at the usual time of 7 p.m. in the KTA channel?

My Boner is getting impatient....

We should be good to go tonight, don't know about Krupa yet.

Well..... we had a full house again last night.

We hit the Arcane Sanctuary and ran through 3 of the routes before destroying the summoner with no issues. We then went on to the Canyon of the Magi and cleared all Seven Tombs before heading in to whack Duriel who proved no problem at all.

We stopped at the beginning of Act 3 and will head out to start that on Monday.

Everyone is currently Level 25-26.

I do one gamble today 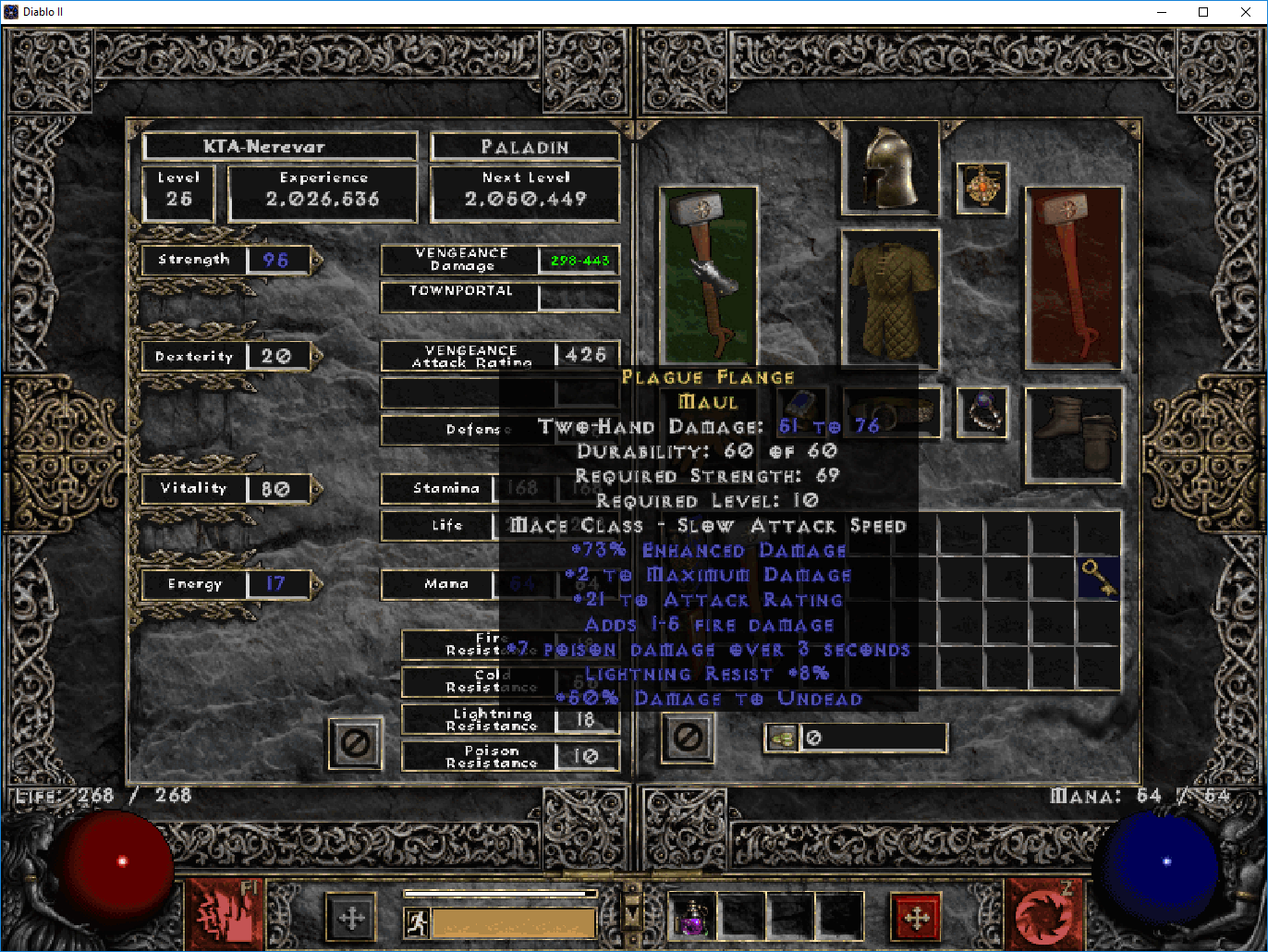