Hey guys ! Finally i decided to make dedicated thread for my Sin, as i'm having quite some fun with her, for her 10th day tonight - in France.

It will be a straight forward story, if possible day to day, which will contain my feelings and questions, after so many years not having played a Sin/D2. Obviously the first part will be a rearranged copy from my untwinked 99er thread posts, then it should follow it's own way.

As a fresh-old player, this is not intended to be close to be nor even trying to get close to a guide, it is not the goal at all -and so many good ones are already available here anyway, that i'm reading myself even if i mainly discover my personal path !
Last edited: Feb 12, 2019

IpBanPrevales is born on 30th of january 2019, and i started to play her the day after.

On her first evening play, got to lvl 19 at p8 then p5, making last levels until 20 running Countess p7 and Andy quest bugged at p3. Got a Hsarus belt, made a Stealth runeword in a random armor, and switched to Combat merc asap. 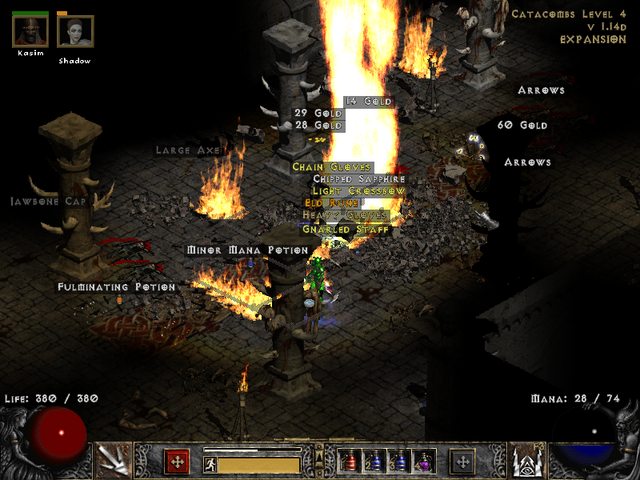 To avoid respec later, i would probably have better time putting points in Fire Blast, but not sure it would have been more efficient during those levels, and when changing into LS use.

With the goal to beat the ancients around lvl 26, acts 2 and 3 have been quite a rush. Therefore after few days of low play, IpBanPrevales beat Diablo and completed act 4 at lvl 25, drinking - omg - so many pots ! 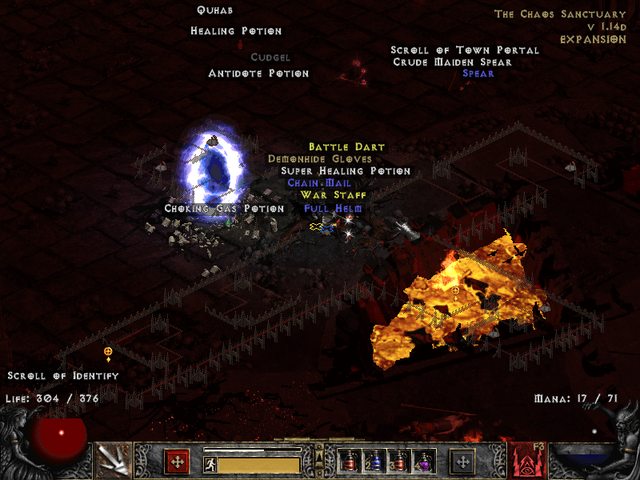 Equipment hadn't changed much, except a Nadir helm and the shield being an umbral disk, dropped in viper temple. This temple caught her once at a door opening, taking her first life. 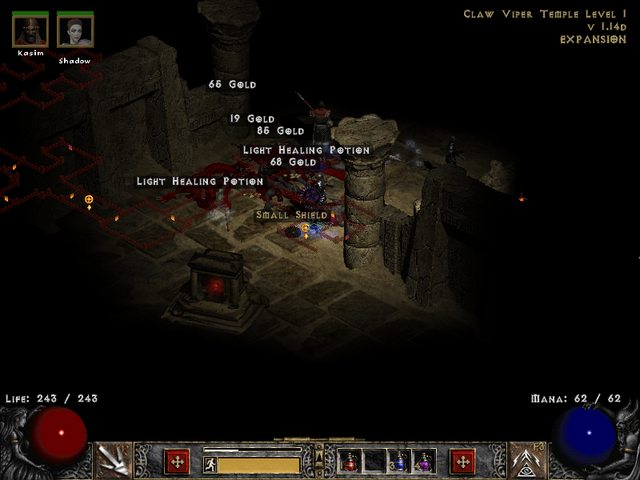 To lvl 29 and Slayer title 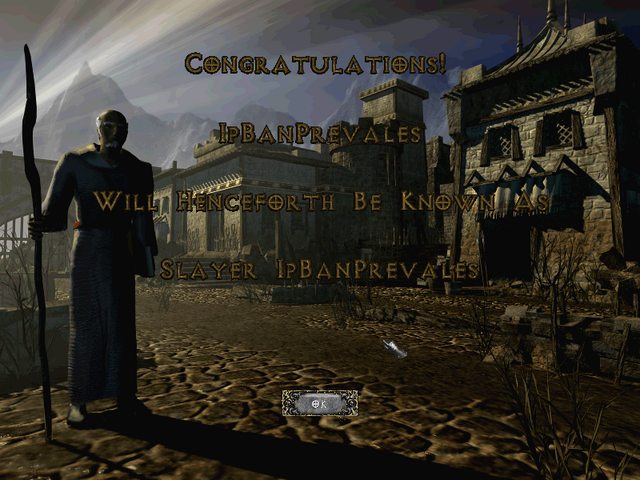 Act 5 have been quite straight, except for Baal minions and himself, where got drunk on mana pots again. 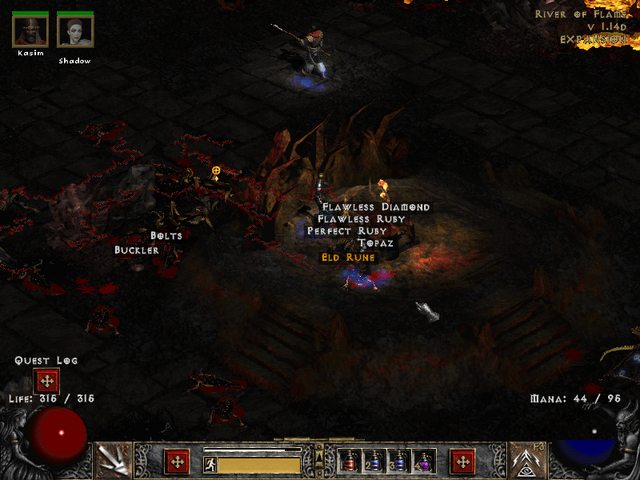 Armor has been upgraded - stealth again, on serpentskin, +70 def.

I started to think about Baal running, but i went the mf find way: decided to make Pindleskin + Andy runs, to get nagels and quick xp, on p7. 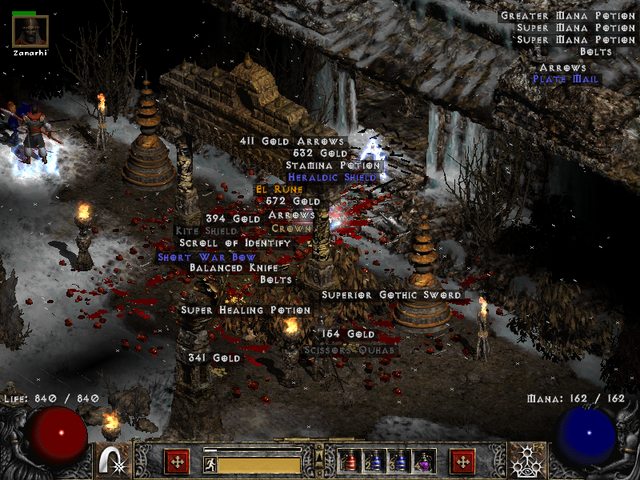 Ended with two nagelrings, and a new claw having +2 Shadow skills. Also made a Rhyme for Cannot be frozen and MF modes mainly, on a random bone shield. Finally, I quickly dropped a 3os mask, filled with three Topaz, and topped lvl 51 with 150+% MF !

Starting with Countess runs to almost lvl 55, and been desperately Shael'ed max rewarded, went lvl 55 with Andy. One countess run took me a second life, been trapped at lvl 5 entrance by two packs of rogue archers, one of champs and one with a unique curser - really, had no time to react, in HC i should have insta Save and quit...

Afterwards been rushing through acts 2 and 3, for stuff efficiency, trying to get to Anya as soon as possible to buy trap claws - plan is a pair of traps as main, pair of shadows/shadow master in switch. Now lvl 58 and Mephisto just beaten, heading to NM forge and Diablo !

After some reflexion and readings, i respec'ed in order to get maxed LS and DS, putting some more points in Shadow master (will go to 10, hoping to reach 17 with stuff in hell for best Shadow gear), then will max fire blast and CBS to finalize damage output and get double elemental damage.

I'm still under BoS steroids for now, as Fade is not required for fights. Hope the one point will be enough with +skills on switch claws in Hell, and maybe get some skillers at some point. The need for CoS also appeared during this part of the journey - good thing as i will learn to use it before Hell.

For drops, nothing exceptional, dropped a Fal on random monster or chest in Act 3 (checked drops after the fight), getting me closer to Treachery - time to find a base maybe, or will wait Hell for better armors, will take the first when i get the Lem. 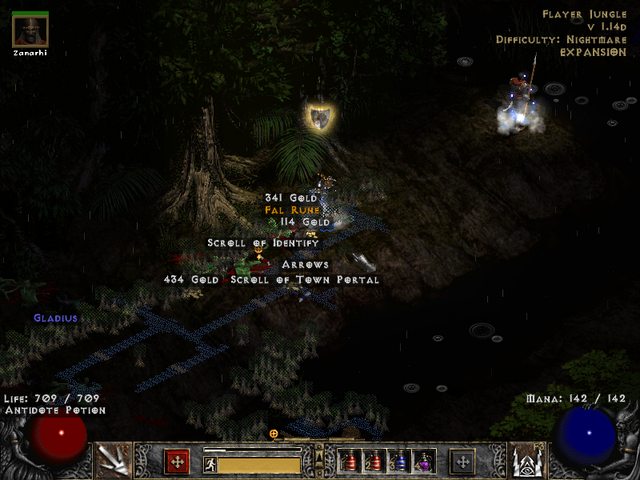 Crafted an Insight for Holy freeze merc on two weaps, one went lvl 17 aura but only 201%ed - life changing anyway - and dropped an armor for him with cannot be frozen mod, nice also, but he still dies quite frequently...will need to find some life leech and resistances if i want to keep Insight aura and Holy freeze on.

Hoping to celebrate her 10th day tonight on the 8th of february with the lvl 60 cap, and a huge drop ! (Well, i want those drops everyday to be honest )

First run to sanctuary was kinda fantastic... tal rasha weap on Hephaistos, Um rune at forge, and a Ko on the run ! Well sadly had to stop, but that was a huge start for 15 minutes of play oO 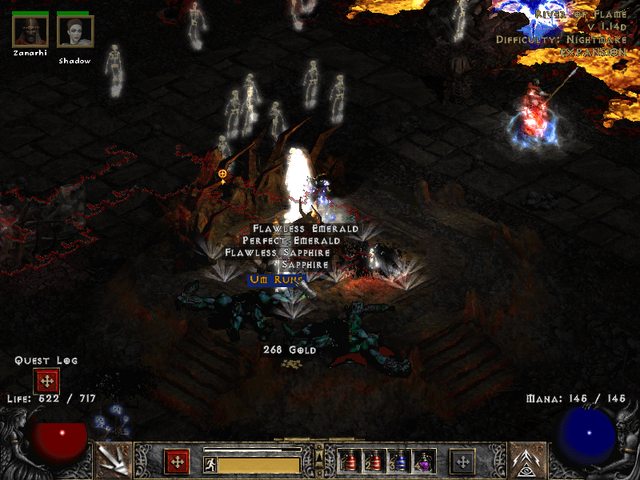 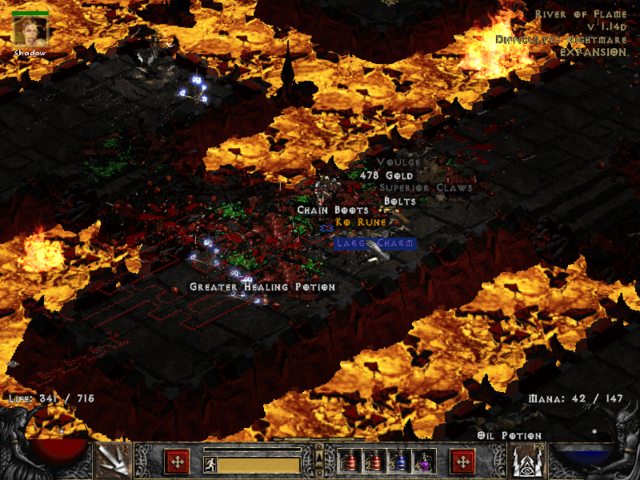 Well i hoped to get a Lem for Treachery, for untwincked getting better rune is questionnable, but...there will be a use someday, anyway !
Last edited: Feb 11, 2019

Nice progress! Any screenshots or readouts of interesting drops? Pics can add a lot to the narrative .

jonnyphive said:
Nice progress! Any screenshots or readouts of interesting drops? Pics can add a lot to the narrative .
Click to expand...

Hey ! I do some, but i have issue of <check my name> ip banning on PC...therefore doing those reports on phone ! One day i will make a big update i guess !

Diablo NM checked at lvl 59, then rushed Anya to get access to her weaps and Pindleskin on p7, who gave me the xp until now, and took me a life - well, Shadow master trap replacement did, in fact, i'm not quick enough on Escape key - SC syndrome ! 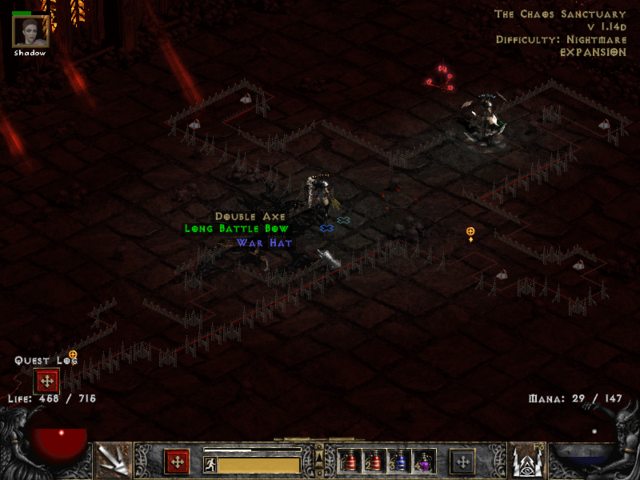 Some nice drops - tal rasha weap 1 2 1, an um from forge and a ko especially, at the beginning of the yesterday game time (see pics here)

Afterwards some uniques of little interest, maybe gravespine for a fresh necro, focusing on gems now to have money to trade eventually for my other chars. 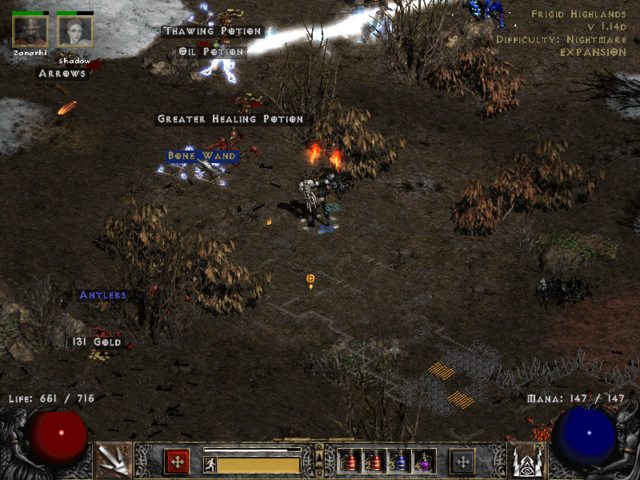 I bought two +2 assa skills from Anya, lots of refresh and couldn't get better. Still a nice damage boost, even if i keep the shield for antifreeze mod.

IpBan should be a martial arts assassin.

True, i jumped to the end of the story - blowing everything.

But i was thinking about a twincked one to be martial, Sins are funnier and more complex than i remembered. I may call him V then

Edit: just seen that was a link. Nice, hadn't think about that xD 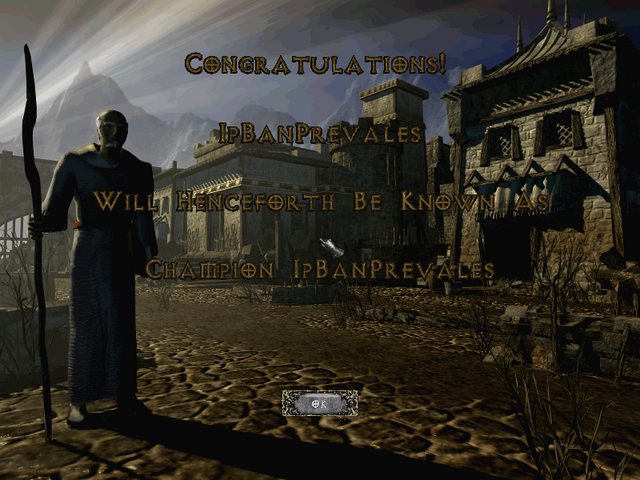 Ancients were an easy task, tme shared between setting traps and healing merc, Shadow master did quite well too.

Baal and his minions have been killed more or less easily at lvl 67. Death sentries exploded the minions as intended, and boss strategy was the same than for ancients. He dropped me the Atma armor, that i put on merc for now, doubling his defense. 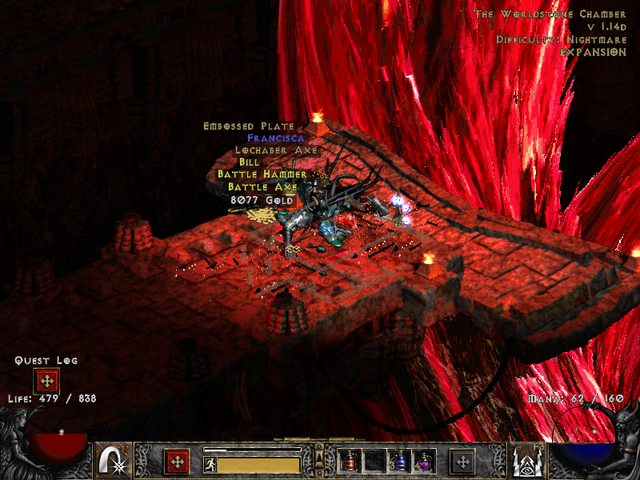 Afterwards, did Pindleskin runs to get 70 and some unique/set items - well, not much, an undead crown maybe useful, and that's it. Got some flawless also, it will help rebuild some funds after the today's trading for other chars - pally and preparing a future twincked Nat assa - IpBanPrevales lil' sister will be martial

Uh oh, you're right ! Mistake will be hold until lvl 99

Edit: after confirmation, i could rename her. But i won't do, mistakes are part of the fun !
Last edited: Feb 9, 2019

In my head I've just started saying this character's name with a Spanish pronunciation so it doesn't even look like a typo to me anymore, just a name.
Last edited: Feb 9, 2019

jonnyphive said:
In my head I've just started saying this character's name with a Spanish pronunciation so it doesn't even look like a typo to me anymore, just a name.
Click to expand...

Nothing to report, only a pause on her way, some other people around her want to be played and/or leveled up

Finally ! Tried to clean browser history and stuff, it worked ! For how long ?