Telling someone what mouse to use falls somewhere between completely impossible and practically impossible. The best way is to use various mice for yourself and get a feel for them, but you may not live in an area where that's a viable option (it certainly isn't where I live). If you want to do some research on the workings of a mouse and inform some decisions from that point, I have a pair of links you could have a look at (note that the first of those links was last updated in 2012, but the thread itself is still active and if you'd like you could have a go at asking for suggestions [using the template spoilered in the first post] and seeing what response you can get) for getting a picture of the differences between mice and what they mean and so forth.

I'm not up to date on mice right now, and I wouldn't feel qualified to try and distill the information above down, but I will say that if you just want to play D2 I wouldn't go dropping much money on a mouse. There's not a lot of call for it and you'll probably be fine with just a mouse that feels good with a decent optical sensor (the basic mice Windows put out should be fine for the job, for example, and they're like $15 or so) but if you want something that's more adjustable and has a little more room to ramp up into other games, the Razer DeathAdder is a pretty easy and common recommendation just because it performs pretty well, is widely available, and is reasonably versatile. It's not perfect, and Razer is sort of known for less than stellar consistency in its parts, but in the dark it's a good place to start in terms of recommendations. The downside being the DeathAdder retails for $60.00, but that's what shopping around is for ... and is pretty much in range with most gaming mice, anyway.

As for mouse pads, again I'm no expert, but the Steelseries QCK line and Razer Goliathus line are fairly inexpensive ($15) cloth pads. The second link I provided above has some information regarding mouse pads, but the gist is: you want to pick the mouse first as some of them perform better on certain surfaces and poorly on others. Most mice work somewhere between well and best on cloth pads though, so it's a decent choice in general.

Keep in mind that 1. every mouse has flaws, 2. any mouse could be completely unusable junk to any specific person and 3. assuming the performance of the mouse chosen isn't just complete garbage (and very few actually qualify as that) the most important thing is just that the mouse feels good to use.

Personally I use an Abyssus mouse on a Goliathus speed pad because when I was looking to buy some gaming peripherals they were each on stupidly big sales (~$30 for the pair?) but I wouldn't recommend them because I don't have any frame of reference (never used a gaming mouse pad before and before the Abyssus all I used were Mini Opticals) though outside of the UI software Razer sent with the mouse - which isn't required - and not being able to turn off the light under the Razer logo I have no complaints.

Second set i was off to a better start than the first. Which honestly wasn't too hard since the first qualifier of batch one came after ~4,5 hrs. So i was happy. Only now the part which was decent in batch 1 is not doing so well in batch two, so while i was ahead of my first session that won't last for long any more if i don't get a decent drop soon.

On the upside, it looks like i'll be able to finish the entire 20 hrs (9 hrs so far) after all. With still over half to go it can still end up for better or worse. So fingers crossed (but not while playing ).

I resemble that remark.

I now have four runes.

Gripphon said:
Runes are supposed to be lolrunes now, and not something that is very hard to find. Perhaps I've been selling runes for too cheap price since I see how long it takes to actually farm them, and how much luck is actually needed to do it.
Click to expand...

I'd be curious as to what the results would be if a group of forum members all ran LK for a mind-numbing 20 hours together. Obviously, LK is a bit more fertile on paper, but I wonder how dramatic the outliers would be among a group like the RFO group. Since LK runs are faster, it seems like that would probably even things out more and there be less chance for bad luck.

Also, I found it really uncanny how much your rune prices on the trade forum corresponded to my experience running LK. When I wanted to trade some runes for runes to make Infinity, I started running LK. Found a Sur. Then found another Sur. Cubed the flawless gems I'd collected, and had to run a bit more to reach 400 pgems, which was your price for a Ber. So I basically found a "cubed" Ber in the time it took to farm the pgems. Basically the same thing happened when I trade for a Jah. I've had a lot of Surs drops, but never a Ber...

Well I tried to balance rune prices between "rich players" and not so rich players. First ones are like lolrunes, while other ones are usually hyped about them. I didn't want to sell runes for practically nothing, so prices ended as they are. If anything, they should go down, especially after RFO.

Anyway, I finished 2 batches for this RFO. In total did 8044 runs in 40 hours with blizzard sorc. Overall I'm satisfied with non-qualifiers, farmed lots of things, actually tons of things. As for qualifiers, things could have been better, so I'm not really happy how things turned out, but it's not terrible either. None set was as terrible as first set from last RFO (65 points score lol) which is a plus definitely. I hope to be in top 3 spots in the end. Anyway, have fun for last 3 days of RFO.

There is roughly 1.5% chance to do another 10 hours of third set just to complete 10k travi runs during RFO, but I'm tired of Travincal and these days are like hell hot and its hardly playable atmosphere.
Last edited: Jun 4, 2015

8k runs and you don't think you will be in top 3? wtf. who do you expect to find there?

OK, you are right, I overtrolled a little bit.

zticazzy said:
8k runs and you don't think you will be in top 3? wtf. who do you expect to find there?
Click to expand...

I predict an afterhorker will be in the top three.

Hmmm... I'll be brave and predict in top 5 will be 3 blizzardsorcs and 2 afterhorkers.

Crazy effort already though! I expect to see lots of runes and nice qualifiers

phar, how many hours in? Still counting on you to hit a jackpot in 1.07. Or maybe you did already, how do we know...

I will most likely just reach 1000 runs xD Assuming I finish the 20 hours, I have a race tomorrow

8044 runs in 40 hours sound completely insane - thats like 18 secons per run
I thought I was doing ok with my blizz sorc at around 35 seconds including picking up runes, charms, jewels, rares, etc, so I cannot fathom how you can run sub 20 and still pick up non-qualifiers.
Not having DF is obviously a factor, and I didnt reroll map (it's pretty decent though) because I have nice AT/LK maps now. Can you post your gear readout?

Crazy effort already though! I expect to see lots of runes and nice qualifiers

phar, how many hours in? Still counting on you to hit a jackpot in 1.07. Or maybe you did already, how do we know...
Click to expand...

I stopped counting once I realized I would be less than 20 hours total... I'm at ~8 hours, 9 at most

Based on his previous posts I think he's using something pretty similar to this though it would seem his times have improved some since he posted that last August (and/or he's picking up less). There's another gear set he provides a few posts down, but it's completely damage focused and doesn't have even close to the MF amount he was talking about earlier.

Personally, I choose to blame the insane disparity between his runtimes and mine (~30%?) on the fact that he has 12 more levels of Battle Orders than me. Can't be skill based.


When it comes to blizzard sorc, for efficient running 80% is map, 20% is technique. My runs are very boring and one-dimensional as demonstrated on video. Another tips are: don't bother killing cold immune boss and also don't be paranoid about drops to lose like 10 seconds digging for that flawless out or whatever. I have godly gear, beta CtA, 1.07 shako etc, so my sorc has maxed resistances, 178 MF, 2.9k life, 800 mana or whatever, 9.7k blizzard damage.
I'm picking up grand and small charms, all jewels, rare rings, rare tiaras/coronets/circlets, useful/rare unique and set items, Sol runes, Ral runes, certain rare claws in like 30% cases if I feel like it. I don't bother with other rare items. Oh yes, also picking up flawlesses.

Ok, this stopped being cute. Haven't found a single qualifier for somewhere between 550 and 600 runs now. And counting. >.<

Hopefully tomorrow will be better. Sigh. 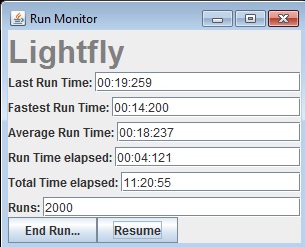 Today farmed total of 332 pgems, personal record of mine for one day.

Yes, I'm going for blood aka will finish third set too.

His biggest achievement was he made us think we can win the tourney. [emoji14]