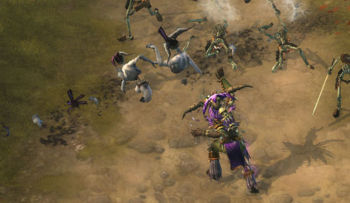 Flux’s collection of all Witch Doctor skills from last week has now made its way to a multitude of skills in DiabloWiki! With more notes, structure and images, the Zombie skills are now described in further detail. As you all know, the Zombie skills used to be called “Plague” skills, but the D3 Team changed the theme of the tree slightly, to be more Zombish…

DxAxxxTyriel continued from the huge effort adding the Barbarian skills last week with the new Zombie tree. Huge kudos to him, but please improve on his work yourself by fixing any errors you might find, or, more importantly, help us find MORE IMAGES to add to each article!

First out with a DiabloWiki level of quality is the

Zombie Skill Tree, which is much updated from the older versions you still can find in the 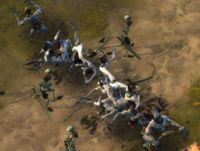 Also, if you like the Fan classes made by site members, do check out the Telepath by Quis Ut Deus!

Keep a look out for further skill updates, as we soon will have polished the Spirit and Voodoo skill trees as well!