We touched on this in a news item Monday morning that quickly went to 95 comments. That post collected early complaints about the Real Money aspect of the

Auction House, the lack of mod support, and the always-connected-to-B.net requirement for gameplay.

Since then, the conversation/debate has moved on, and largely focused on

RMT and issues of (lack of) character customization stemming from the removal of skill points, the huge simplification of

traits to passive skills, and the evolution to

freespecs. The issue of Diablo 3’s DRM though, the fact that you MUST be connected to an online service to play a game you paid $60 for, that is not an MMORPG, has grown more troubling in the eyes of some.

I didn’t think too much of the issue at first, since I assumed the developers were going with something like Starcraft 2’s system, where you can play single player offline, so long as you log in to B.net now and then to authenticate your copy of the game. There is no

LAN support in SC2; if you want to play with someone else, even if they’re on a computer right beside you, you must log on through

Battle.net. A lot of fans found that annoying, but mostly in the form of getting disconnected from B.net mid-game and thereby not earning achievements for the mission.

That’s not going to be a problem in D3.

Either Blizzard was treating SC2 as a half-step towards their “all your base” plans for D3, or else they figured that since SC2’s end game and long term play was meant to be multiplayer, it would be enough to force people to use B.net for that. Because that’s not what they’re doing in Diablo 3. To play Blizzard’s upcoming action RPG, you have to be connected to B.net. All the time. Without fail. If you disconnect, you are done playing.

1up.com and ShackNews do a nice job covering the issue, but I think

Jay Wilson, via an interview with GamePlanetNZ, really hammers home the reality of the situation.

Gameplanet: At what point did you decide that Diablo III would be only playable online?
Jay Wilson: It was a decision we crept into over the duration of the project. A big part of it is just to give the players the best possible experience. We felt like we’d reached a saturation point with online play and networking that prevented it from being a big concern. 99.9% of people out there have internet connections, even planes now have internet connections, so the old argument of ‘I want to be able to play on the plane’, well, the plane has internet now too. 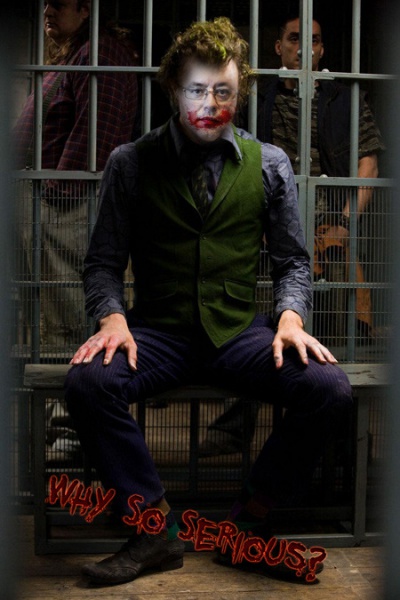 We felt like there was enough pervasive online technology that the best possible experience we can give players was to offer them persistent characters that can play multiplayer at any time, that we can store forever, that don’t get deleted, which is something we had to do for the previous system because of storage concerns. And also just the enhanced security we can offer in a game that’s only online. A big problem with Diablo II was security, and security is a lot better when we don’t have to ship all the server infrastructure out with the game.

Gameplanet: What happens if you drop out during mid-play?
Wilson: If you completely drop? Your character could die, but we don’t have a case where the penalty for that is harsh, unless you’re playing a hardcore characters, in which case I wouldn’t do that with a bad connection. But then, hardcore characters are generally the type of characters people want to play online because they play them for bragging rights. You can’t really brag if it’s on a home computer where you could have cheated to create the character. So yes, you could die, but the penalty for death isn’t really harsh, it’s essentially a small durability hit on your items, which costs a little bit of gold, which isn’t too bad. There’s no corpse runs or anything like that, and even if there were like in Diablo II, they were not that harsh. You could log out of the game and log back in, and your body would be there waiting for you.

Gameplanet: Has piracy affected this decision?
Wilson: It’s a factor, but it wasn’t a deciding factor. Player experience is pretty much always our deciding factor. We ask what do we think will be the best possible experience we can give to players, and we really felt an online one was the best one.

Gameplanet: Did you toy with the idea of allowing offline play, but locking the player out and requiring them to start again for online play?
Wilson: That was the Diablo II way, and what drove us to this was how bad of an experience we thought that was. It was so common in Diablo II for people to start up a game, finish it, get to normal difficulty and want to play with their friends online, then realise that they can’t actually do that without starting over. We did have the offline Battle.Net experience, but if your friends are on Battle.Net, which is where most people were, you didn’t really get to actually play with them, so that was one of the things that drove us to that decision.

Despite Jay’s blithe contention, considerably more than the .1% of the Diablo community is displeased with this scheme. A protest thread on the B.net D3 forum has run to 10 pages, and there are several angry/baffled threads about it in the almost-too-busy (I certainly haven’t had time to read all the new threads lately) Diablo 3 community forum on this site.

Before this week’s information taught me that I would not be allowed to do so, I expected to play D3 online at least 95% of the time, but I was going to make at least one single player character. It’s not hard to see why you’d want to, even if you live in a metropolitan area with a reliable internet connection. B.net outages. ISP downtimes. Periods of high latency. When you’re traveling and your hotel has spotty wi-fi or wants to extort $15/day to use it. If you want to create 50 different chars and experiment with dozens of builds without using respecs. When you just want to play without having to go through a chat room, or suffer B.net ads, or be interrupted by the people on your friends list. Etc.

For evidence, look at our Diablo 2 strategy forums. The busiest one, for about the last 6 years, is the legendary SPF; the Single Player Forum. It’s home to many of the most dedicated D2 players; people who made made 100+ guardians, who have completed the grail (more than once), who experiment with every odd variant and play style, etc. You don’t have to play offline SP to be in the SPF, but most people there do, since it’s just easier and more reliable than having to log on to B.net.

So what do you guys think? Is online-only in D3 a good thing? No biggie? A horrible idea? The one thing that may drive you to pirate a hacked copy of the game? Chew it over; our next site vote will address this very issue. Thanks to Blascid for some of the links and motivation to write this post.

Update: Related news from Mtv with quotes from a befuddled Blizzard dude.

“Internally I don’t think [DRM] ever actually came up when we talked about how we want connections to operate. Things that came up were always around the feature-set, the sanctity of the actual game systems like your characters. You’re guaranteeing that there are no hacks, no dupes. All of these things were points of discussion, but the whole copy protection, piracy thing, that’s not really entering into why we want to do it. I’m a huge purveyor of online sites and from my standpoint, I don’t look at DRM solutions and go, ‘Wow, those are awesome.’ I look at those and say, ‘Wow, those kind of suck.’ But if there’s a compelling reason for you to have that online connectivity that enhances the gameplay, that doesn’t suck. That’s awesome.”

He also repeats the usual canard that D2’s SP chars couldn’t be played in MP games — does the entire D3 team really not know about the open realm B.net servers, or that D2 allowed TCP/IP and LAN play?

I didn’t mention it initially, but this seems to go to a common point; that the Bliz guys are just so insulated in their world of Facebook and smart phones and always online gaming that they don’t realize what a lot of their customers are doing. It came up during the whole mandatory Real ID on B.net snafu, where no one at Blizzard seemed to have the faintest clue that lots of their customers didn’t want all of their real life friends to know exactly when and how often they were playing video games. And here again, the Blizzard employee mindset seems to be, “We’re online gaming all the time and it’s fine. Isn’t everybody?”