Blizzard’s Twitter feed shared a little “making of the game” factoid, which earned a question and a clarification.

Whenever we have to use a placeholder voice for

Is the original Deckard Cain…not doing the vice? (I thought it was someone who worked at Blizzard?)—LynxBlade

We are in fact using Michael Gough to reprise his role as Deckard Cain.—Diablo 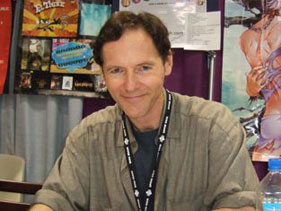 My take on this is that the actor

Michael Gough (who has been in the news a few times previously) is indeed providing Deckard Cain’s voice again. (That’s been long-since confirmed; check the previous links or his wiki page.)

The point of the original tweet was that sometimes during game development they have to use a placeholder voice, since they’ve written new dialogue and haven’t had time to get Michael Gough to record it yet. And when they do that, everyone testing the game notices at once, since we’re all so used to taking directions from that familiar voice.  Presumably all those placeholders will eventually be replaced by the authentic Deckard voice we all know and love and occasionally want to strangle.