How will guilds be supported in Diablo III? How could they have been served in Diablo II? What lessons will Blizzard learn from guilds in WoW? All issues tackled on this episode. Guests include Exile, Neinball, and Wolfpaq.

The Diablo 3 Podcast Episode Guide in DiabloWiki.net provfides links to every show, plus quick summaries. 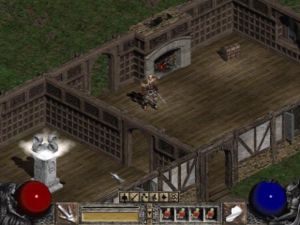 After a week off due to my long-planned but still time-consuming relocation (to a much nicer apartment) on the outskirts of Portland, Oregon, The Diablo Podcast returns with a new episode. Let’s talk about guilds!

There was no guild support in Diablo II (though it was planned and promised during development), but that didn’t stop one of TDP’s guests, Exile, from running a D2 guild anyway. He describes that experience in this episode, and tries to apply those lessons to proper guild support in Diablo III. Joining Exile later in the show are Wolfpaq and Neinball, both of whom have extensive guild experience in WoW and other MMORPGs, and the conversation turns into something of a brainstorming session as the guys talk about the pros and cons of guilds in other games, how they might be supported in D3, and what would make them worth joining, but not so good that every player felt pressured to get into a guild lest they miss out on cool stuff.

More in Clans and Communities