Diablo’s Facebook “likes” clicked past the 625k mark today, and thus we has a new pretty! After last week’s update, when the artwork was a repeat but the screenshot was new and awesome, they’ve switched it up on us. This time the screenshot is a repeat, previously released via the Blizzcon 2010 press kit, while the artwork is new and quite nice.

It shows the Tristram Cathedral from almost a map’s-eye PoV, with much of “New”

Tristram laid out in the distance, just ripe for destruction from falling meteors, rampaging demons, or the more typical cause of civilizational-decline; human stupidity.  Such as re-building a cursed village right beside a ruined cathedral from which vast hordes of demons regularly vomit.

The screen, featuring a

Poison Dart blowing Witch Doctor, is to the right in thumb size; click the Cathedral image below to see it much larger.

Two points people are asking about. 1) This is not at all the layout of

Tristram and the Cathedral, at least as it was presented in the Blizzcon 2008 demo. 2) Yes, the crosses are gone. Here’s why.

Click through to see the D1 version of this structure, compared to an earlier D3 concept version.

Here’s the Diablo I version of the cathedral, beside an earlier D3 concept art. Which was also devoid of crosses or any other Christian iconography. Click either image for larger views. 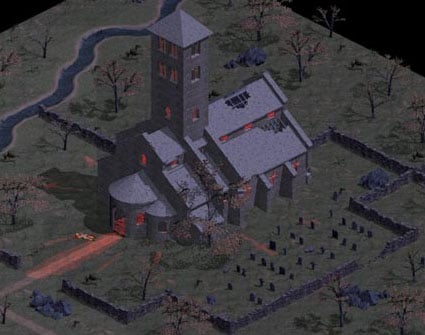 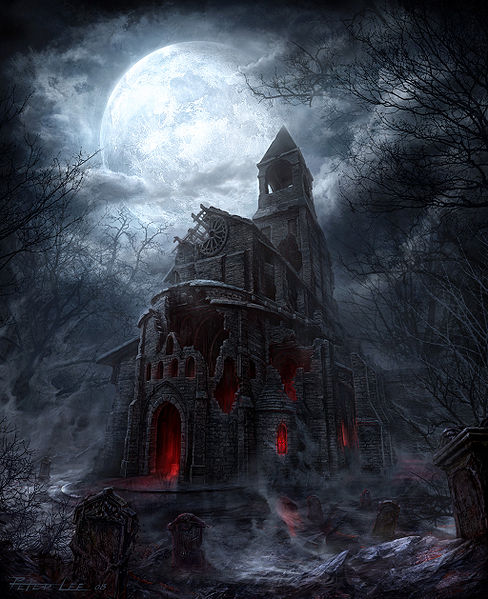