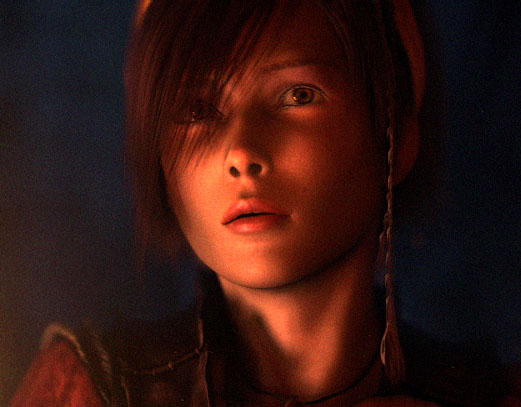 Our month-by-month review of 2009 continues with another 30 days of memories. Yes, it’s time for June, when students everywhere in the Northern Hemisphere breath a sigh of relief, several days before growing bored at home with nothing to do.

June was an empty month when it came to new official info. Bashiok kept busy in the forums, but we saw no new Diablo 3 previews or interviews, no bestiary updates, no new screenshots, etc. There was a lot going on in the community despite that, including the build up to the one year anniversary of Diablo 3’s public debut, when we hoped that Blizzard might do something cool to celebrate the date. Sadly, June 28th came and went without an official peep. True, the anniversary was largely meaningless to the D3 Team, who were working on the game years before it was announced publicly, but it seemed like a missed opportunity. As is usually the case with anything to do with the Diablo games, the community did much more to celebrate and commemorate than the design team or their PR extensions.

Click through to read the full summary, since June was a fairly busy month and this one went long.

June’s first news of note popped up on the 6th, when one of the Starcraft 2 Community Managers confirmed that Starcraft 2 would be playable, for free, over Battle.net. As with previous comments on this issue, the details were intentionally left vague.  Bashiok repeated this carefully-worded message in a forum post a few weeks later. All of Blizzard’s very careful quotes on this issue can be seen on the Battle.net wiki page.

There were few interviews and no new previews in June, which left Bashiok forum posts the main source of new-ish information. Happily, he kept them coming. One of the most interesting threads began on the 10th, and was devoted to explaining how the Barbarian’s

Fury worked, and how the mechanic was integrated into the game.  Bashiok made numerous posts on the topic, returning to the thread often enough that we made a second and third news post about his ongoing commentary.

On the 11th Bashiok posted a long explanation about the cause of the D2 v1.13 delays, continuing a saga that began back in March, and that we expected would be resolved in July. Or possibly August. (v1.13 finally made it to the Patch Test Realm six months later, in early December.)

The first really cool Diablo 3 merchandise arrived in June, with the unveiling of the Barbarian painted diarama polystone statue. The fully-painted version was revealed on the 13th, went up for pre-orders on the 19th, and was completely sold out by the 22nd. Better luck next time. Statues began to ship in December, and the lucky recipients were said to be overjoyed by their new doorstops.

On the 17th we engaged in our annual tradition of a last minute scramble to find some prize winners who could attend Blizzcon. This happened last year as well, when we ran various contests for tickets, selected winners, and then found out that they all lived in like, Finland, and thus could not attend the event. (Hint to the wise; even if you don’t think you’ll win, it’s a good idea to enter our Blizzcon ticket contests since the winners usually can’t go, and we have to move down the list to find an entrant who can.) This year we couldn’t find any available contestants, and ended up giving out two tickets at random to the first site pal who wanted them.  Considering what the tickets wound up selling for on eBay, dropping $12 for a 6 month pal subscription would have been a very wise investment.  (As well as a great way to support your favorite D3 site *cough*) Congrats to the lucky winners, who we sincerely hoped could find a way to attend.

Some commentary filled out the last week of the month. In an article on the 24th, we asked if Diablo 3 needed a “sexy” character. Some fans were for it, but most said they were opposed to silly bikini-girl looking characters in games. (At least they said so, but someone’s buying all those titles.)  A couple of days later we brought up the always heated, “guns in D3” issue with some speculation about a Gunslinger class. Reaction was largely against guns, or a character who used them.

On the 28th, the actual anniversary of Blizzard’s announcement of Diablo 3… nothing happened. Bashiok didn’t even make a memorial post. We did what we could, by posting one, two, three anniversary wallpapers, and starting our D3 year-in-review article series.

Finally on the 29th, an interesting announcement appeared. The Houston Symphony Orchestra, in conjunction with Blizzard, was offering a day long game-related event, including a concert featuring Blizzard themes and another one of gaming music in general. Reading this now in late 2009, I’d forgotten all about this event, and don’t recall hearing a word about it in July when it went off. Which is odd, given how much excitement there has been over every other public event with a playable Diablo 3 machine in attendance.