A fan brings up the issue of point hoarding and delayed skill gratification, and gets a lengthy, slightly-perplexed reply from Bashiok:

Respecs aren’t nailed down, but it’s very likely they’ll be introduced through questing and one awarded to you. So that’s one for each difficulty (probably).

I think it’s awesome people are trying to plan out builds already. I think it’s crazy to think about going through half of the game without taking a single skill. I’ll admit I haven’t tried it, but I can’t … I don’t know, it just doesn’t really seem doable. This isn’t Diablo II. I remember going 20+ levels before spending anything.

If your goal is to level as fast as possible, I don’t see how point hoarding until level14 would actually grant you any benefit with the ability to respec. Even if it’s not until later. Having spectral blade until you can respec into teleport isn’t going to kill it for you. Not having a skill for the first 14 levels, I think, might.

When I have some free time (haha) I’ll try to test it and see how well I do with no skills and no traits. Ugh. Sounds painful. 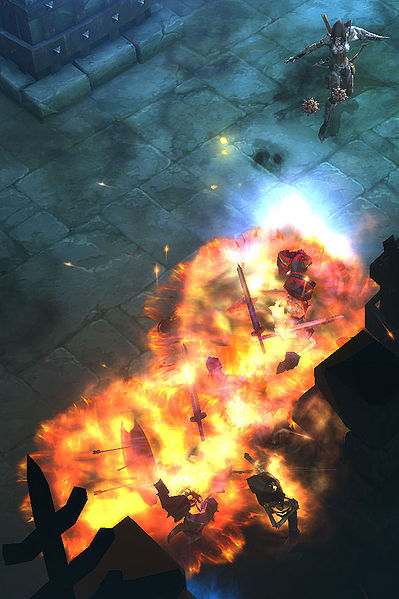 This issue has been kicked around our forums a lot, especially since the addition of all the Blizzcon char skills (Barb, Monk, DH, Wiz, WD) with no pre-reqs in the new non-tree skill trees.

This was just how things were done in D2; everyone saved points for the later, more valuable skills, struggled along through normal difficulty (barring rushes, which increasing perverted the level progression) and then lit up with joy upon reaching Clvl 18 or 24 or 30 and finally getting useful skills to put points into. The D3 Team seems to think this sort of “strategy” is a bad thing, and wants it not to exist. They want us spending our points in fun skills, killing things, and then respecing them later.  Which is probably what players want to.

spell damage comes from stats and items), or it’s very easy to respec out of them, then there won’t be any real reason to horde points. If not, then people will horde. It’s not a real difficult equation to ponder in advance.

What might require more discussion is the public mood. Do you want skills to work like they did in D2, where the most useful late game skills were almost exclusively in the Clvl 24 and 30 tiers? Or do you want skills from the lowest tiers to scale up and remain viable long term, without being grossly overpowered at low levels?