A fan wants to know, “if we’ll get to fight

Bashiok replies by completely hijacking the thread towards the

end game, before swinging it back on course at the last second. 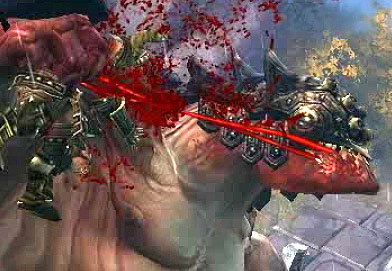 We’re not going to intentionally design it so that you must build your character a certain way to progress. Obviously with respecs there’s a lot more ability on the part of the player to try new things, or swap out skills, but that’s not something we’re relying on so we can be careless about mechanics like immunities.

To stay on thread topic, yes the siegebreaker is still an enemy in the game.

To echo Bashiok’s point, D2 on Hell isn’t easy… if you’ve got a new character and aren’t twinked, loaded up with duped Runewords, rushed through it, etc. Make a brand new character, use only stuff you find yourself, and see how easy Nightmare is, much less Hell. Much less playing it solo on /players 4 or higher.

Which is, of course, the tricky part about game design. A difficulty level that’s calibrated to be challenging for new players or self-found characters is woefully easy for uber characters. While the same game, turned up to challenge experts, is unplayable for newcomers.  Diablo 2’s difficult levels, which can only adjust by increasing monster hit points for more players in a game, don’t have enough moving parts to fit all character types. Whether the D3 devs can improve on that remains to be seen, but it’s one of the driving issues of