Bashiok replied to an interesting question/suggestion about character builds. The fan argues that there shouldn’t be such things; that the

D3 Team shouldn’t plan for skills that work together, or define a style of character. That they should just present a bunch of interesting skills and let players figure out which work well together.  Bashiok agrees in principle, and adds more details in his reply. 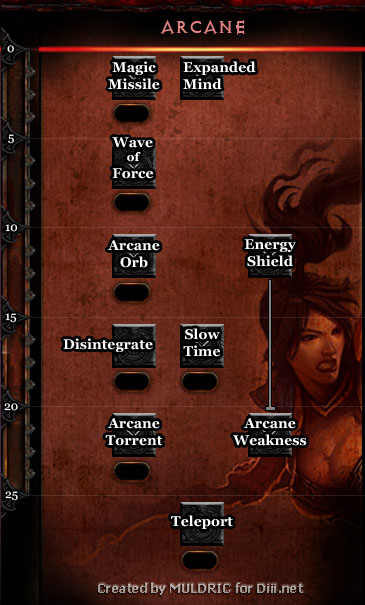 Bashiok: There are no skill trees any more. Skills are still tiered by when you can buy them (essentially a level requirement) but there aren’t any trees, it’s one big pool.

Before this game even reaches a beta state there will be hundreds of people playing it internally, and most likely there will be builds that are developed during that time. But the game is specifically being designed in a way that skill progression is as much of a choice as possible. There will always be builds determined to be ‘the best’ as long as there are choices and options. Making every skill and every pathway perfectly equal would mean watering down skills, making bland options, and overall homogenizing the classes and skill abilities. So it’s a trick of balancing unique and interesting and fun skills while also ensuring that no matter which ones you pick you’re not totally gimped.

I also want to point out that skill runes can have a fairly dramatic impact on how skills function (and even look) so builds are further compounded not just by the skills you choose, and itemization and other stats that improve those skills, but skill runes that can potentially change their very behavior. And those changes can range from small things like adding a chance to stun, to very extreme things like causing an AoE knockback, and any creatures knocked back repeat that AoE knockback from where they land, and so on and so forth. So there’s quite a bit of room for experimentation if not build potential within all of that.

Monsters also play a role in the way builds are designed. Resistances, skills like Iron Maiden, teleport, etc all created some personal preference and specialization of characters beyond just oh my character does more damage to say Duriel. Not every spell needs to work the same on every monster, and not every monster needs to stand still and wail on the melee ignoring the casters. Interesting fight mechanics make for interesting builds.

What do you guys think about this? Judging by the popularity of our strategy forums and guides, it’s obvious that lots of players want to follow a build. And as Bashiok points out, players will inevitably find the most effective skills and techniques, and use them to the point of

cookie cuttering. That said, do you think the developers should try to make some skills and strats complement each other? Or would you prefer more wide open character types, giving us the freedom to use whatever

skill runes, stat boosts, and strategies we can devise?