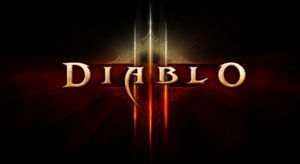 One of the most discussed topics (and, in fact, second most popular article on DiabloWiki.net, after the fifth Diablo 3 class) is the Diablo 3 Release Date.

What many don’t realise is that its release is likely closely tied to the release of StarCraft 2 (StarCraft 2 beta has started, get a beta key!). That unfortunately does NOT mean it will be released at the same time or even right after. All it means is it’s part of Blizzard’s internal release schedule (yes, they most likely have them, they just don’t pay that much attention to them), and that relates to StarCraft 2. Read more after the break.

Rob Pardo announced that StarCraft II would use its planned expansions to simply spread the storyline of the game into three pieces rather than crippling it for a full story in the release with two add-ons for the expansions. The initial reactions on the floor in Paris were overwhelmingly positive. However, the point lies in what he said about the pieces – that they are going to be released with about a year in between each. 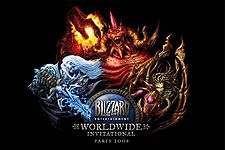 The other interesting fact from WWI 2008 was the question of Diablo III. Would Blizzard forsake it, or would it at least come out before the first StarCraft II expansion? Naturally, Blizzard would like to sandwich their products to increase sales, and thus, Rob promised a Diablo III release before StarCraft II: Heart of the Swarm (part 2 for non-SC-fans).

Basically, this would mean:
Diablo III should be released during 2011*
*Just remember they have already said we’ll only get two releases this year: StarCraft II and WoW: Cataclysm! That’s why it can’t even be late 2010. 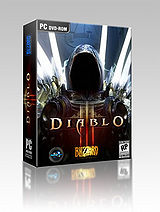 Now, considering it’s almost two years ago Rob talked about the release date (and in 2008 we kind of figured StarCraft II would already be out by now), one might be sceptical on the accuracy of this prediction. However, it still makes sense as StarCraft II is very well polished and an expansion would mostly require single player content. Also, it would not be optimal to release the expansion of StarCraft II before the full, and much anticipated, Diablo III.

Besides, we could consider that Blizzard delays are pretty “reliable”, giving StarCraft II and Diablo III about the same delay. Basically, it still makes just as much sense as it did back then.

If you have hints or other news items or quotes that could help us pinpoint the release date further, don’t be afraid of updating the Diablo III release date article! In the meantime, we still have our ongoing betting thread of the elusive date.

We’ve also added rumours and other topics relating to the release date to the article. Make sure to check it out.

Fake game box made by sirashington.