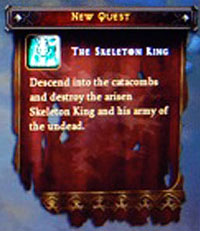 Diablo II experience is different for every single fan of the franchise. For some it’s all about the item hunt, for others it’s the kills, and yet others relish the story elements of the game. Everyone is right, and there are millions of combinations of what players feel is making Diablo II just the right combination of these three major game features.

DiabloWiki’s contributor’s have put together an article on Diablo III quests, detailing everything from quest interface, known quests, new adventures/events and NPC dialogue for starved fanatics. The article has been polished, and is the new Featured Article of the Diablo 3 Wiki.

To read all the known info, check out Diablo III Quests now!