@Diablo coughed up a little tease about another cool runestone effect on a skill, today. This time it’s the Witch Doctor’s Corpse Spiders skill.

I guess more will be said at Blizzcon 10?—DLSeeder

If pictures are worth a thousand words, what’s gameplay worth?—Diablo

There are currently five types of runestones. Each one alters each skill in a different way.—Diablo

Hydra spell. To briefly summarize what Jay said about the various rune bonuses to Hydra: increase the damage by granting a “cone of flame”, and changing the damage type to chain lightning, poison bolts w/ acid puddles, or cold bolts. (Bashiok tole me that the 5th rune in Hydra grants Multishot.) These seem like cool and useful changes, but as many fans noted, they are incompatible with the long-stated types of bonuses added by the 5 runes.

All during development, we were told that the five types of runes had fairly utilitarian functions which yielded predictable outcomes. To quote the just-updated wiki article, which quotes Jay’s own descriptions of the rune functions, from BlizzCon 2009:

Earlier this year we found out that the five rune names had changed again, to Crimson, Indigo, Obsidian, Golden, and Alabaster. Along with that came some big changes to their functions, and much more variation in their bonuses. Runes seemed pretty cool when they were introduced, and we thought they’d just modify skills in fairly predictable ways. Now that we know how much more varied their bonus effects can be, they’re looking much more interesting.

What do you guys want? Would you rather the runes were fairly predictable in their effects: +damage, +multishot, -energy cost, +crit, etc? Or do you like the new Hydra style, with the runes giving totally different effects, ones that might entirely change the function and utility of the skill? The later will certainly make the runes more interesting to experiment with, at the very least, as well as potentially making mundane skills extraordinary. (All rune effects will be described in hover tips, so you’ll never be socketing blind.

Locust Swarm spell into huge insects, like the size of

Desert Wasps, which would engulf the monsters, flying off with them while stinging them to death. You’d have to go try that out, wouldn’t you? 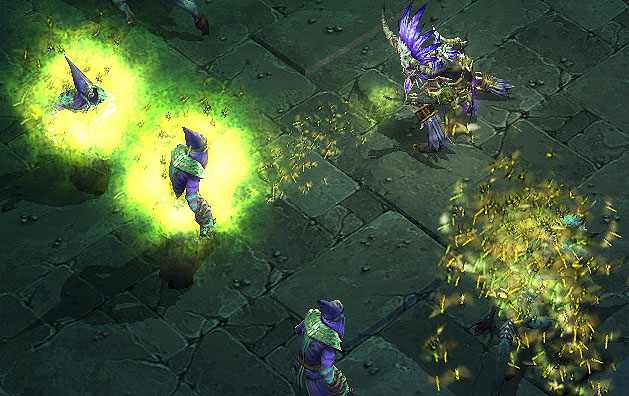 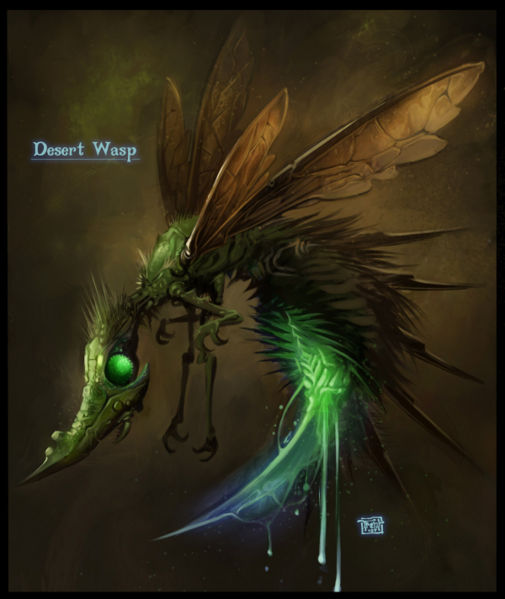 Update: I was able to speak with Bashiok this afternoon, and he was kind enough to elaborate greatly on the new changes to runestone functions. Click through for lots more.

Bashiok asked that I not quote from our IM exchange, so here’s a paraphrase.

I asked the same questions in this post. Was Hydra an outlier, or have many/most of the runestone bonuses been changed lately. Bashiok said that there have been lots of changes made, but that there’s no hard and fast rule for the rune changes. Basically their whole, “make it awesome” theory has been used, and skills that weren’t awesome with a given rune have been adjusted accordingly.

The biggest change, from the early runestone info, is that the Energy rune is largely gone. That one was to lower the cost of skills, but that wasn’t cool enough, and often didn’t work with the new resource systems. That rune now functions more or less a second wildcard rune, granting all different sorts of bonuses to lots of skills.

As Bashiok pointed out, there are around 25 runestone’able skills per class (only active skills, I believe), times 5 classes times 5 runestones, which means something like 700 runestone skill effects, each with a unique visual. Some of those are just palate shifts, but lots are crazy; totally new graphics.  They’ve been working on the new bonuses for a while, since they changed the runes to “substance/mineral” names because they no longer follow a consistent theme. The rune formerly known as Energy got the most changes, but there are tweaks everywhere, with no strict rhyme or reason to them. Bashiok said there is a lot of “plug and play” experimentation going on with the system, which I think is a good description of what we fans will do with the runes, once we get our hands on the game.

Also keep in mind that the game will offer previews of the effects. You’ll click on a rune, hover it over a skill with a socket, and see a text description of what will happen when you use that rune in that skill. Plus documenting that sort of thing is what websites like this one will be leaping all over during the beta and release.

I asked about Hydra, since the formerly stated rune bonus properties seemed like they would have fit it fairly well: +damage, multishot, critical bonuses, lowered cost, and wildcard.

Bashiok said that yeah, but they wanted cooler. Hydra still has +damage, but it’s not just more damage with firebolts; it’s a “cone of flame” as Jay called it, which changes the function from projectiles to a solid flamethrower (perhaps with lower range?) The other elemental damage changes were mentioned by Jay: different Runestones will change the Hydra to Chain Lightning, Poison (with acid puddles for DoT), and Cold bolts (plus chill/slow). The 5th property, as Bashiok told me, is multishot.  (Which I assume means rapidfire, since Hydra in D2 (but not Guardian in D1) could fire multiple bolts already.)

So Hydra still has the +damage effect, but it’s been enhanced. And it still has a multistrike rune bonus. So the only three real changes are the elemental types. One comes from the old Striking (wild card) rune, and the other from the old Energy rune. Which means that only the old Lethality rune bonus is very different on Hydra, since that one grants some kind of elemental bonus, rather than modifying the critical properties.

The obvious question with all these changes? How the hell will they balance so many different, unique effects? Bashiok said that yeah, balancing is a challenge. They can’t balance them all perfectly, but they’ll strive to get the runes into a general ballpark. I pointed out that awesomeness might have to be factored in; if one rune is just so fun/visually-appealing in a skill, they might have to turn down the actual numerical bonus, since everyone would use it anyway just for the eye candy. And he laughed. Laughed. Laughed!

He also pointed out that they want everything to be awesome. And that balance, while somewhat important for PvE, really only matters to the decimal point in PvP. (Where they could presumably make additional tweaks and changes that may not be seen in the PvE play?) Their goal in balancing is to just make the runestone bonuses feel fair and reasonable. We just need it balanced enough that some chars/skills don’t feel completely gimped compared to others, especially when playing together in a party.

I asked if these running changes aren’t driving the artists mad? Like one morning there’s a post-it note, “We need a huge mother spider graphic for a runestone effect in Corpse Spider. Chop-chop.” And much wailing and gnashing of teeth comes from the art pit; an insurrection that can only be put down by Jay donning the pirate hat.

Bashiok said no, that the artists have known about the changes for a long time, and that they’re usually able to adapt other art elements to the new runestone effects. Regarding my hypothetical example, there are already spiders in the game, so it wasn’t too hard to make a new texture, change the size, throw some new effects on it, and done. He also pointed out, and I’ll quote this bit since I thought it was well said, “…we have some really talented effects artists that make it all look unique and awesome.”

A statement I’d agree with, though clearly some would put it to fairly severe scrutiny.