Tom’s Hardware has posted an article about the Blizzcon 2011 Diablo 3 PvP Arena Demo. It’s fairly short, with just a paragraph each on the Demon Hunter, Wizard, and Barbarian, but if you’ve soaked up all of our previous PvP Demo articles, you might want to give it a look. 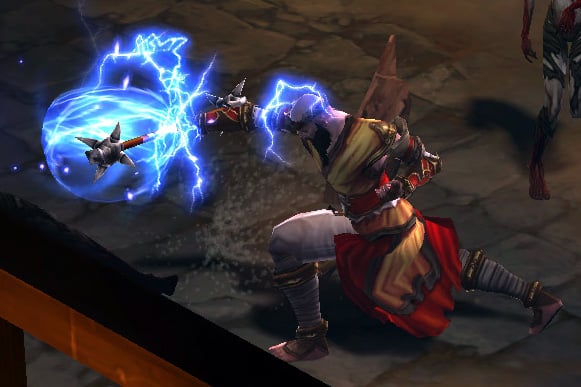 More substantial is this massive forum post by Chaboi, which I forgot to include when posting all the other Blizzcon PvP articles last week. Chaboi only played the Monk (he estimates 35+ rounds at the show), but as he battled with and against all the other classes, his report covers everything; relative class abilities, comments on specific skills/runes, as well as strategies galore. He’s posted a number of follow ups as well, answering additional questions, so the whole thread is a font of knowledge.

A quote from his conclusion:

The arena is not a place to experiment. I saw so many arena rookies go in with smiles and leave depressed. Losing 60-5 is not fun, so I recommend preparing yourself before you engage in combat. The games are fast paced, the new Deathmatch Style is WAY better than WoW’s arena. With only a 3 second wait before you are back in action you feel the pain of death but never lose an ounce of adrenaline because you are quickly back in the action.

The classes and skills at this Blizzcon really set some classes ahead of others. In rank order of prevalence and killing ability the classes lie as follows

Monk proved the most challenging to play effectively, so there were not as many monks seen as there were other classes. However, a well played monk put up numbers almost as good as the Wizard.

Demon Hunters were seen the least as opponents, most likely because their Damage output was mediocre at best. The

Archon was the hit of the show with its huge damage capabilities and cool character effects; more wizards were played than any other class. As time went on the

Barbarian‘s presence fell in the arena. His challenges against ranged classes were evident as more and more Wizards were present, and Barbarians became few and far between as a result.

Blizzard on Console Seasons and PvP

How to not get pk’d in Diablo 3 Hardcore: Volume 3