For some weeks pre (and shortly post) release, players could earn special Banner Sigils and Achievements by creating customized images via the Diablo 3 Reveal page. Those efforts vanished into limbo after the pages went away, and many players have been wondering when/if the rewards would ever appear. 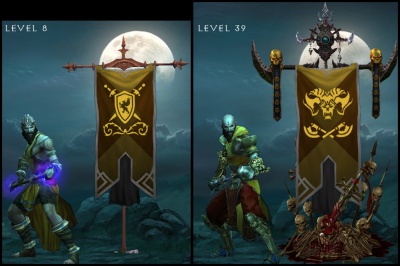 Apparently that time is now, as various people are reporting via forum and email those special sigils and Achievements suddenly appearing on their accounts. We don’t know if they’ve gone to everyone worldwide, or if the process is still underway, but if you’ve gotten yours, or are still waiting, let us know in comments.

On the more general topic of the

Banner… do you guys like it? Play with it? Customize it? Ignore it completely? I have never touched or even glanced at my banner post-release, though I did play with the feature a bit during the Beta, to see how it worked. (I’ve never used an

Armor Dye in game either.) Perhaps (as usual) my choices place me in the minority report, though.