I would have sworn I’d posted this one already, but I don’t see it in the past news, so here goes. Diablo III’s Lead Technical Artist 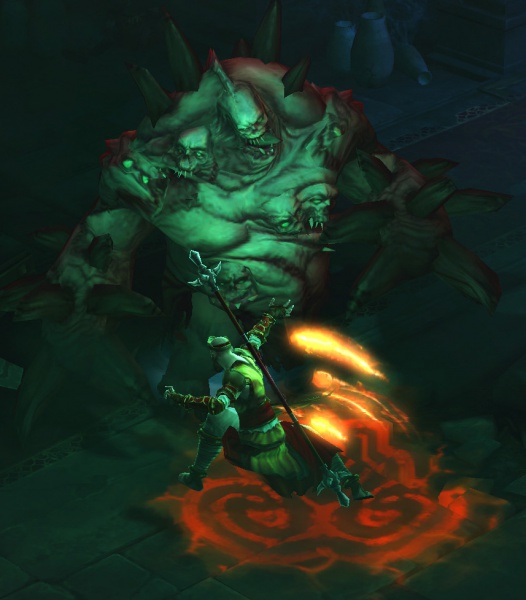 AusGamers: In terms of the iterative process in nailing how all of the classes felt and the characters looked. I guess how long was that? Obviously the game has been in development for a while and who’s changed the most?

Julian Love: Wow, so “Who’s changed the most?” I think the Witch Doctor probably has changed the most from end to end — we really didn’t know what we were shooting for. In terms of the Barbarian, I think that’s just gotten bigger and bigger and bigger as we’ve gone, but it hasn’t taken many twists and turns. The Witch Doctor, I think out of the gate there was some things that we knew we really wanted, but there were other things that were kind of elusive. I’m not sure where they came from, but maybe we just didn’t have a read on “what does the voodoo vibe mean and how crazy can we get with that?”.

So the earlier versions did have that strong voodoo vibe, but it just never really quite took off until we did a pass. That’s kind of what we do, we look at the character when we’ve gotten a certain amount of stuff in and we back up and say “well, is it really hitting it; is it really as fun?” and we do a pass on it where we focus on it for a month or two and on about the third pass, all of this crazy stuff started to open up with the witchdoctor where we got the toads and the zombie-bears and then the fire-bats and then shooting a snake out of a blow-gun. It’s just exploded, and that’s where that character finally hit.