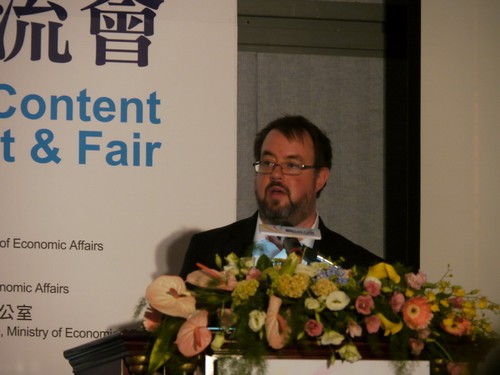 That awesomely-uncatchy title is what this news post on MMOSite.com gives to their write up of

Jay Wilson‘s recent (?) presentation at a Chinese technological conference. The seven shared development points covered in Jay’s presentation are, Approachability, Strong Heroic Feelings, Free Character Customization, Intense Gaming Process, Repeatable Gameplay, Definite Settings, and Cooperative Battle. He gave several examples of each of those points, along with video examples. Unfortunately none of those are available, so we’ve got to make due with the writeup, which is thorough, even while reading slightly like a Google translation from a foreign language. Here’s a quote:

Jay Wilson expressed, Diablo III is designed to redefine the gaming experience of Diablo series. Diablo I and Diablo II emphasized action scenes, but Diablo III intends to strengthen the game’s depth so as to make it a better and more profound RPG. As the previous Diablo installments paid attention to action performance instead of role playing, the developers hope Diablo III can make progress in presenting the role-playing elements and absorb the essence of Diablo I and Diablo II at the same time.

It is the most important to determine what the essence of Diablo series is and know what has made Diablo I and Diablo II classical, Jay Wilson pointed out. If developers often review these points, they won’t make mistakes and be entangled in trivial things during the development phase. They have summed up seven points for developing Diablo III: approachability, strong heroic feelings, free character customization, intense gaming process, repeatable gameplay, definite settings and cooperative battle.

When being asked about the release date of Diablo III, Jay Wilson answered with a smile, when it’s done! Oh, please, we have heard it again and again!

BlizzCon panels, and it’s a shame we can’t just watch it. If you want to get more of a feel for how these things work, check out some of the panels that are online. You can find links in the wiki. Here’s the whole Heroes and Monsters panel from last year’s Blizzcon, for instance.