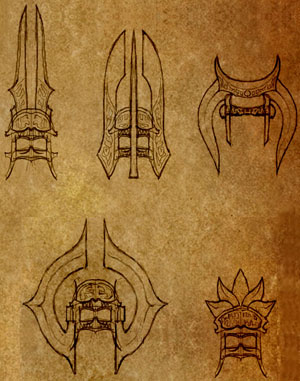 Today’s installment of our exclusive Jay Wilson interview focuses on Items. I didn’t get off that many items questions, and in fact tried to get another half-dozen quick ones answered via email after the interview, since my half hour phone chat began late, but Bliz PR treated that request like Bliz Tech Support does yours about dead HC chars.  So… not so many items questions. (We put a ton into the email interview MD sent off.)

Next week we’ll have two days of big skill and character build details (very good stuff), and a ton of miscellaneous questions about all sorts of other issues. The full transcript will be posted on Friday. Go ahead, swear you’re not going to peek before then. You know you can’t wait that long. Also, the Bliz devs conducted a number of other interviews with fansites on Tuesday, so we should start seeing those transcripts popping up online at any minute. At least I hope so; it shouldn’t take anyone take that long to transcribe 30 minutes of talk, when you have half the conversation typed out already!

Diii.net: Are there going to be any completely new item types?

Jay Wilson: Will there be any completely new item types?… Yes. *laughs* That’s all I’m going to say.

Diii.net: Does that mean the Monk’s fist items? Or something else.

Jay Wilson: Yes. We will have skill runes.

Diii.net: They’re still being reworked and you don’t have any further comment?

Jay Wilson: They’re not being reworked, we had tons of skill runes on the Wizard and the Barbarian but they were so spotty across the entire class we thought it would be more confusing to show them off than to not. So we just disabled them all for the blizzcon build. But they’re all still there and they work just fine.

Diii.net: Are we going to see returning set or unique items from Diablo 1 or Diablo 2?

Diii.net: Any changes in your plans about the red outline around targeted monsters?

Diii.net: So it’s still in?

Jay Wilson:  It’s still in and it’s not going anywhere.

Diii.net: Ahh. That was one of

Chris Haga‘s big questions of we fans at Blizzcon. If we liked it or thought it was too obtrusive.

Jay Wilson: I consider it absolutely essential for target selection. We tried tons of other systems, and that’s the one that worked really well. The complaint we get is that it makes the monsters pop out from the world, and our response is that’s exactly what it’s supposed to do.

Diii.net: Just as an FYI, our readers seem fairly unanimous in preferring “mongrels” to “zombie dogs” if you guys are still debating that name choice.  I think you said it had gone back to Zombie Dogs at Blizzcon, so of course fans then preferred Mongrels instead.

Jay Wilson: I like Mongrels better too, so I’ll use that as a weapon to try to convince the team.

Diii.net: I can send one of the PR guys the link.  Look, fans said that!

Diii.net: Because if someone says something on an internet forum, it must be true.

(Note: After some early worries when the Z-Dog fans turned out quickly, the thread I posted yesterday to settle this issue has turned solidly towards “Mongrel.” Though there’s already concern over what “Mongrels” can be abbreviated to, in order to save valuable milliseconds in Battle.net chat.)