A fan asked Bashiok how the testing of Inferno is going, and got reassuring misdirection for a reply.

How many ppl are testing Inferno? I mean, after few days/weeks like 60+% of ppl will do inferno only. How u know its balanced enuf? — xorp89
I doubt that many will hit it that quick. But we have a big and talented QA department. It’ll be fine. —Bashiok

Here’s a dirty secret; video games hardly ever, if at all, test their higher difficulty levels. The vast majority of dev time is spent on making the damn thing work, and the balancing is focused on the early game experience (ala the D3 Beta) since that part has to be good to hook new players. (That so many games *still* suck at the start is a sad testimony to time crunches and institutional thinking.) 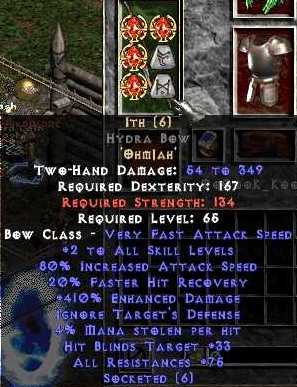 Diablo 1 and Diablo 2 are certainly included on this list, as their higher difficulty levels were virtually untested, with the items, monsters, difficulty curves, etc, all just guess work, with the stats extrapolated up from normal. We saw countless memorable problems with wildly OP OR UP skills, items, monsters, monster modifiers, Magic Find, and even whole skill trees. (Shed a tear in memory of 4 years of “useless even in Nightmare” Elemental Druids.)

This sounds bad, but on the other hand, both D1 and D2 had huge longevity and were great fun for players on Hell, since they were tweaked and balanced in patches after release. As we can count on the D3 devs doing that, I will echo Bashiok’s final sentence, even while thinking that happy conclusion will have almost nothing to do with the work of Blizzard QA (other than in testing all the discoveries and arguments made by fans, before fixes/nerfs/buffs are implemented in patches).

Inferno in advance, since a week after release half a million devoted players are going to be testing it 12 hours a day, and producing more data in an hour than Bliz QA will between now and release. (Same goes for Nightmare and Hell, but even more so.) I would bet a considerable sum that Inferno will be in no way balanced upon release, and I don’t mind that at all. It’ll be fun to see (and write about) all of the bugs, loopholes, exploits, and other tricks that player ingenuity discovers, and see how the D3 team moves to fix them.

What do you guys think? Do you expect, or even want, balance all throughout the game, upon release? Or are you looking forward to being one of the first into Inferno, where you can try out new techniques and equipment combinations no one else has ever tested, then use them to earn massive rapid profits as you exploit the hell out of various vulnerable game systems?