A new forum member named superhuman posted a still taken from an IGN video, which shows a bit of Diablo III we’ve not yet seen. As described in Judge Hype’s massive report, one of the early areas in the game is an Inn in Tristram, where your character seeks out Leah. While talking to her the other villagers start to act weird, and soon enough they go full zombie and the battle is on.

This shot appears to be from that area, as a brand new

Leah and downs a pint, just before all undead hell breaks loose. The pic isn’t great quality, but I gave it some quick clean up in Photoshop to at least make it not be diagonal. 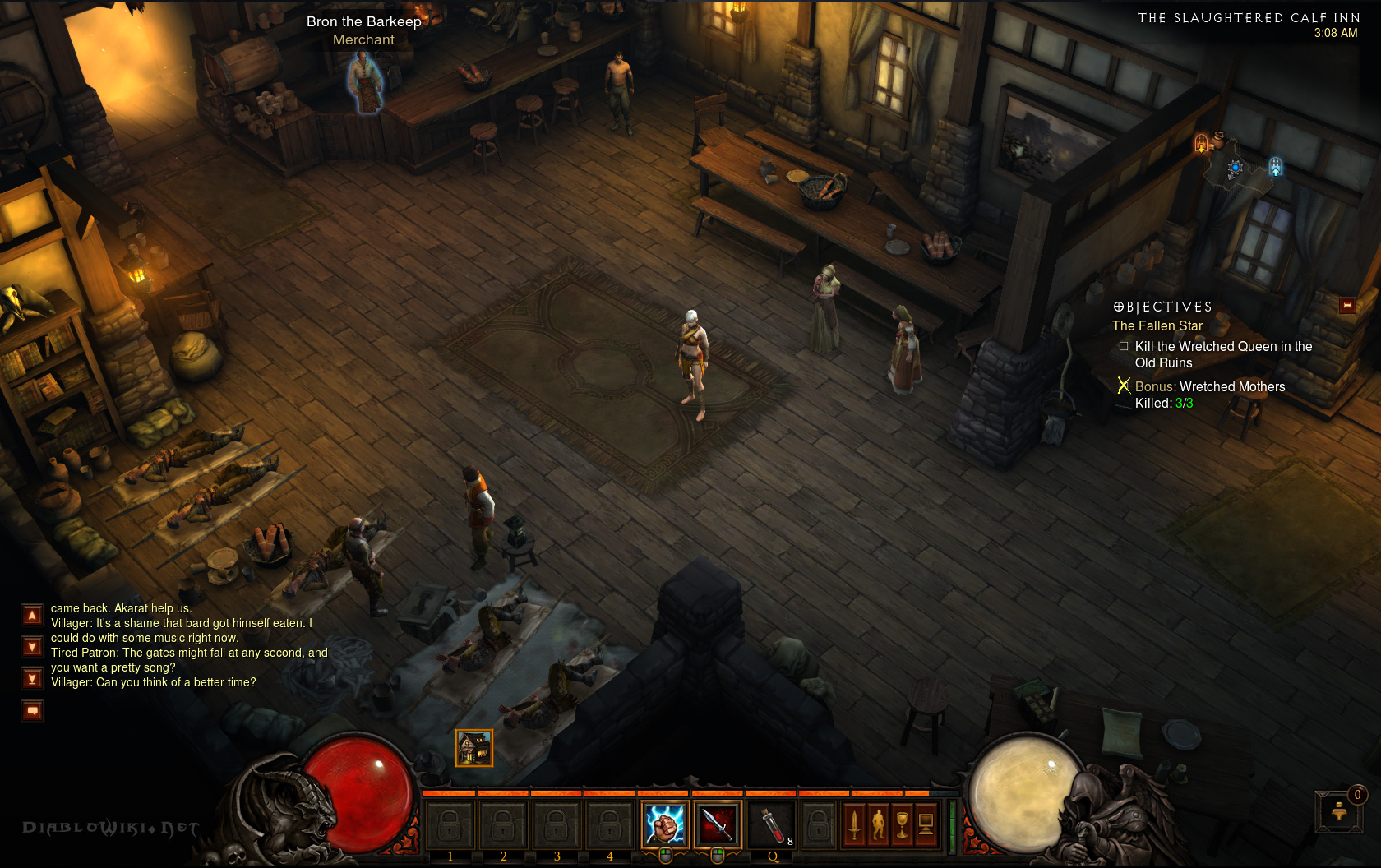