With all the recent game changes, we’ve been busily updating numerous pages in the DiabloWiki. The process is ongoing, and we hope to have all the new features (and removed features) updated by this weekend. But with so many big and ongoing changes, we wanted to share some of the changes.

Some of the most useful pages now being updated are the

Skill Rune effects pages for every skill. These collect all of the videos of each skill rune effect, along with screenshots and stats, giving a handy one-stop-shop to see all the rune effects in a given skill. Obviously these will be much expanded come release, when the effects are finalized and we can get full stats for everything, but they’re useful even now. Check out the

Poison Dart rune effects article for a taste of what’s to come.

Town Portals have led us a merry chase throughout Diablo 3’s development. There were town portal scrolls, then no town portals of any kind, then the Stone of Recall, and now we’re back to Town Portals, except they don’t actually create a portal, and they’re cast directly from the interface. See the article for all the chronological details, with numerous blue quotes that explained exactly why TPs had to be removed, and then had to be returned. (Like good politicians, the D3 Team were for it before they were against it before they were for it.) 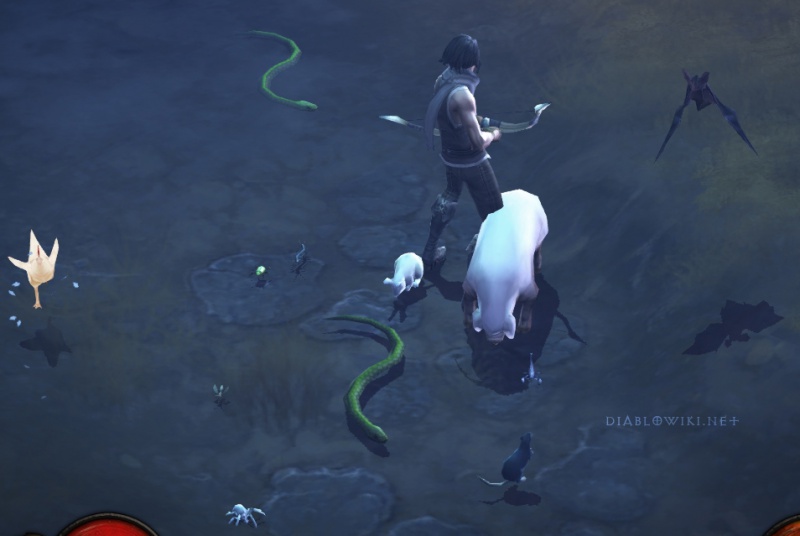 scrolls have had no less turbulent a development cycle, and now that there are no scrolls in the game (for now), you might want to refresh your memory about the scrolls of wealth, companion, greed, reforging, identify, and more.

Another ever-evolving feature are

Tool tips. Initially they were detailed because players shouldn’t have to alt-tab out of the game to read wiki info on skills, then they were shorter, and then they were “simplified” because noobs don’t like words. You can see the history of this feature, plus numerous screenshots of tooltips over time, in the article.

Randomization is a core feature of Diablo III, and the different ways that dungeons can be formed in the game is one of the key reasons for Diablo 1 and Diablo 2’s endless replayability. Surface areas are not (very) randomized in Diablo 3, but dungeons still are, and you can see some great screenshots (thanks to RisingRed) that show off numerous possible level layouts in this article.

We’ve added bunch of completely new articles that cover the various recently-revealed updates and improvements to Battle.net. These include

Cooperative play, the Mark of the Least AKA

Halls_of_the_Dead, Bobby Bucks AKA the

Battle.net Balance, and the

That outta get you caught up on some things for now, and we’ll have many more additional wiki updates coming soon. If you’d like to help out on the editing and page creation, check out the pages needed thread in the wiki forum to find things to do, or to suggest others that have become outdated.

What Happened to the Ob/Zod?

Getting Your Hands on the new Hellfire Amulet