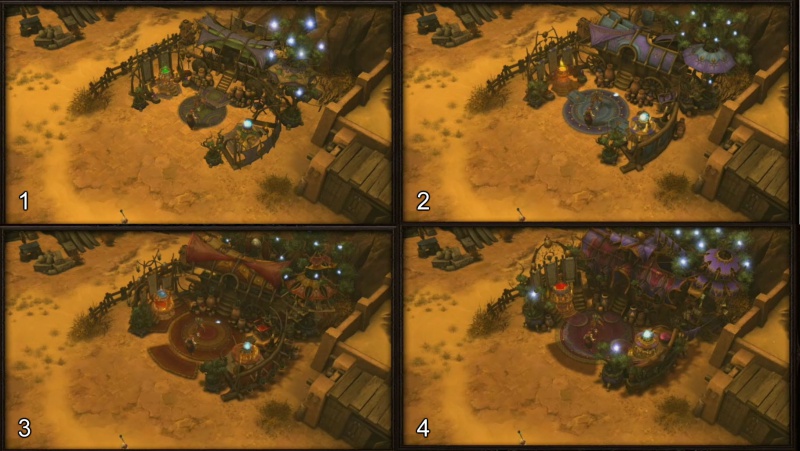 As always, there have been a ton of recent updates to the

Diablo Wiki. Listing them all would be a very boring post, so here are some that contain new info.

We got new details about the

Artisans at BlizzCon 2011, and additional details (that match the Blizzcon panel reveals) have been unearthed from the beta client as well. We’ve seen the

Blacksmith in dozens of screens and movies from the Beta, but since the

Jeweler are not encountered that early in Act One, they are unseen. Well, they were. You can check out numerous screenshots of them in-game, and of their interface windows, on their wiki pages.

We’ve got more than just visuals, of course. When the Artisans debuted last August at Gamescom 2010, their functions were listed in the

The blacksmith crafts weapons and armor, and can add sockets to some items. The mystic creates scrolls, potions, magical weapons, spell runes, and charms, and can also enchant items. The jeweler crafts gems, amulets, and rings. The jeweler can also remove gems from socketed items and can combine gems to improve their quality. 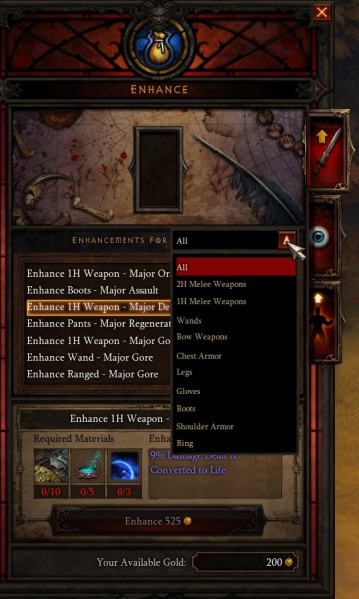 Things have changed quite a bit. The Mystic is the most altered: no one creates

charms left the game with the

Talisman, and the Mystic no longer crafts anything, including

runes. What she does now is identify weapons, and primarily she enchants weapons, armor, and jewelery. The Jeweler has lost his jewelry crafting ability, and he no longer makes any items. He did steal socketing from the Blacksmith to keep busy, and he can also upgrade gems, or remove them from sockets. The Blacksmith is the least changed, losing socketing to the Jeweler and gaining more crafting, including all types of spell-caster weapons, as well as jewelry (though he has no no jewelery crafting recipes in the Beta.)

Not all of these changes have been spelled out by Blizzard, but if you look at the Jeweler’s and Mystic’s interfaces, there are no tabs for crafting armor or weapons. The Jeweler has tabs for upgrading gems, adding sockets, removing items from sockets, plus training. The Mystic has tabs for enchanting items, identifying items, and training. Neither has the anvil + weapon/armor tabs that the Blacksmith uses for his item crafting, and if you look closely at the Mystic’s wagon (several shots of which were shown during a BlizzCon panel, at the top of this post) you’ll note a lack of staves and wands on display. 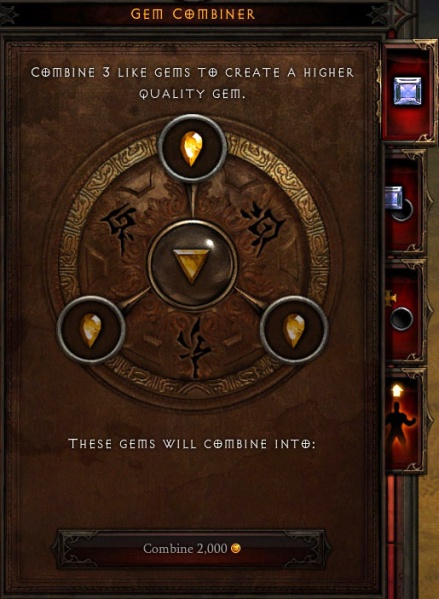 The removal of their crafting abilities might seem like a big reduction in the use of the Mystic and Jeweler, and it does seem like the Jeweler will be by far the least-visited of the three, but I don’t think we yet anticipate how big a deal item enchanting will be. You get a hint of the depth of that system by looking at the Mystic interface shot. There are different enchants available for: two-handed melee weapons, one-handed melee weapons, wands, bows and xbows, chest armor, legs, gloves, boots, shoulder armor, and rings. Every single enchant is a pricey operation too, costing gold and considerable materials such as

Halls of the Dead. This is where dead Hardcore characters are listed, and though we don’t have any screenshots of it yet, you can pretty well imagine. Jay Wilson said it’s a UI thing, which would presumably look much like the current character selection menu, except it would only show dead characters. Plus some stats and other info about their them.

Another big section of the wiki that’s just taking shape is the coverage of the levels in the game. We know the names of most of them from data-mining, but better than that are the full maps and numerous screenshots of lots of Act One levels. Not the dungeons, since those are randomly-generated, but since all surface areas in Diablo III are premade and hand-crafted, players are mapping them out with emulators and sharing the visual delights. Rough draft pages in the wiki so far include levels and areas within them, such as the

the Old Mill, the

Fields of Misery, the

Northern Highlands, and many others you can access via the levels navigation at the bottom of most of those pages.

Finally, if you’re not afraid of spoilers, you should check out the full collection of character portraits. These are the little headshots that appear when characters, monsters, NPCs, spell effects, and other things with dialogue or in need of an interface image. Not all of them in the entire game were included in the beta client, but the 168 that were are pretty illuminating. There’s a spoiler warning on the page, but if you scroll down, you’ll see Act Bosses, dozens of key NPCs, and lots of visuals that will spoil the later game graphics as well as plot and story developments. You have been warned.