story. This has involved a fair amount of ret-coning, disowning the D1 expansion Hellfire to remove the first version of a Monk in Diablo, revising the timeline, removing Christian allusions, and more. That these changes have been required is understandable since the story/lore/mythology of D1 was invented on the fly and given very little long term thought, and the story of Diablo II expanded on that without making any changes to the fundamental story elements.

The problem with such extensive changes and revisions is that it’s hard for fans to know what’s true or relevant, anymore. As a recent post in the B.net forums made clear. Here’s Bashiok’s reply, quoting a fan’s question in the middle of it.

The Sin War trilogy was really the beginning of what is now considered canon for the lore of the series. While the previous books certainly have a lot of great stories, information, and even bits and pieces that may indeed hold true in the series as it is now, they aren’t held as canon and thus the events in them may not always hold true moving forward. 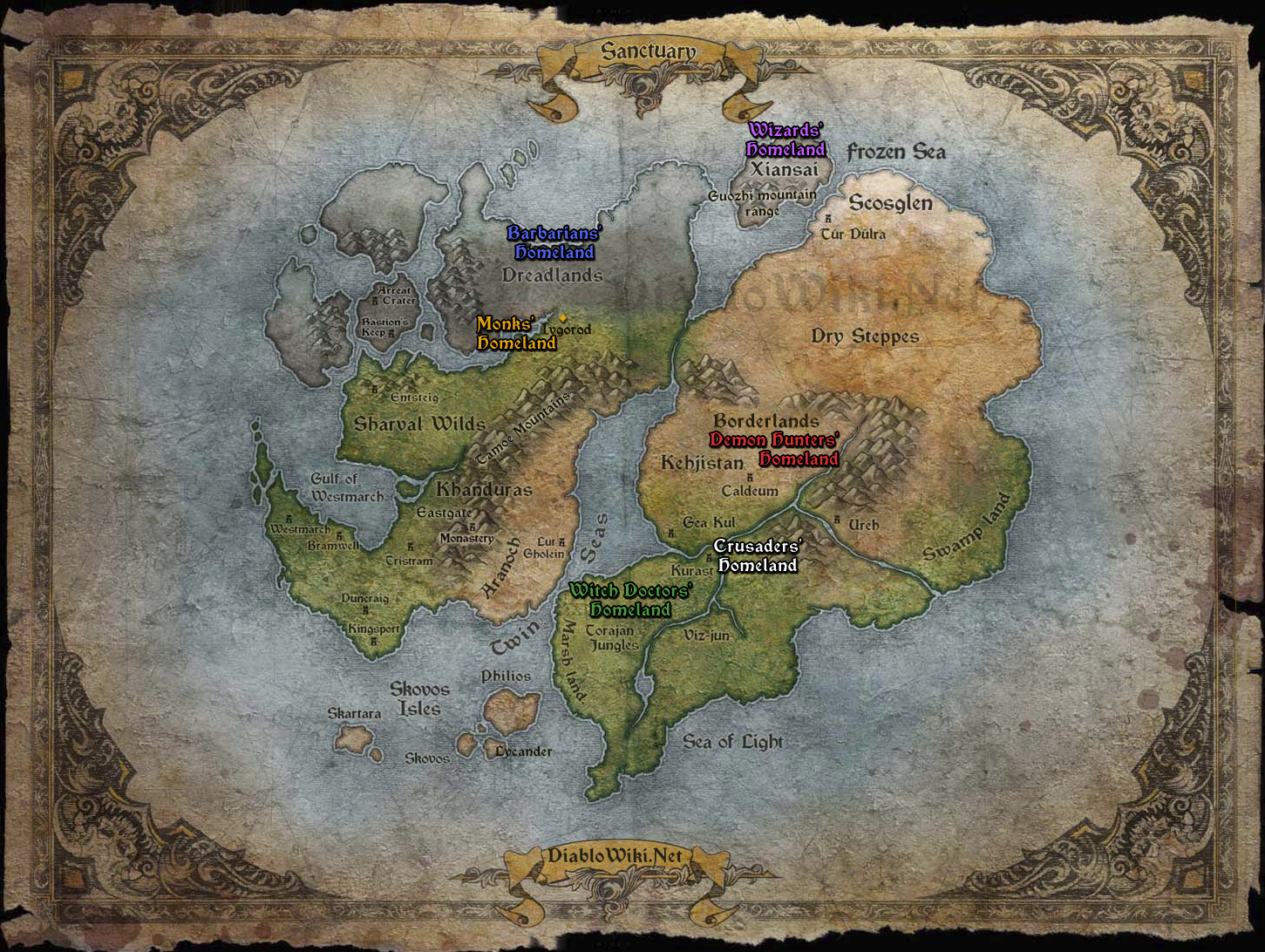 One specific case where they are being honored though was brought up a while ago on these forums:

I’m reading The Black Road right now. I’ve been checking on the map to visualize where they actually are. There is a statement that doesn’t make sense to me. “At the end of the winding road lay the city of Bramwell, a suburb north northwest of Westmarch.” The Diablo III World Map indicates the opposite.

Also, “No one in the city [Bramwell] could look southeast toward Westmarch and not see the church first.” That map has got to be wrong.

That’s actually an error we intend to correct with the map and are holding the descriptions from The Black Road as correct.

In no way would I consider the books prior to The Sin War trilogy false or not worth reading, I think Diablo fans can still get a lot of pleasure from them, but you can consider them to be… tales, and not necessarily reference material.