After a week of silence, a few @Diablos popped up to cheer our weekend.

artisans compete for materials? Will salvaging

crafted items refund their ingredients? Any craft only set?—Limiate

sets are a distinct possibility.—Diablo

True end game recipes? Will our all recipes match at L60? Wirt?—Limiate
The general idea is that crafted items will rival the best drops, but you have to find the recipes/reagents. You’ll wear a mix.—Diablo

How will the Giant Toad rune variation function against monsters that it can’t 1 hit?—tleemors

Crafted Sets is a cool concept. Jay Wilson has repeatedly said they want to include Item Sets again, but aren’t sure how to fix the problems with them from Diablo II. Offering crafted set items is an interesting way around that. I do wish @Diablo had answered the questions Limiate’s second tweet, since there’s been a lot of fan discussion about just how rare are the rare

recipes will be? Will everyone have the same ones eventually, or will there be crafting recipes that are actually ultra-rare? 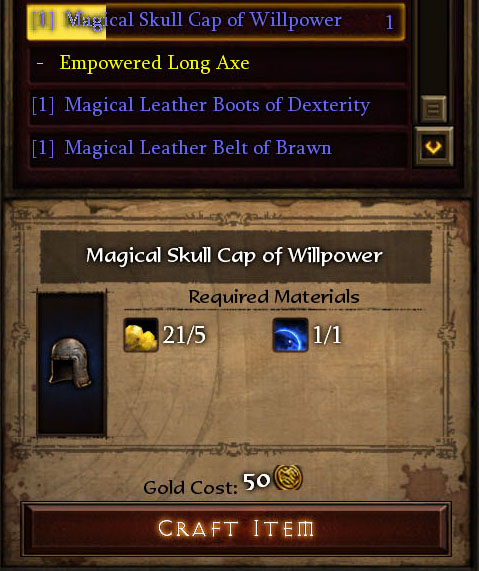 As for crafted sets… how would that work? Presumably players would have to find the recipes to make each item in the set. The individual items would be like other crafting; semi-random, with some preset and some random mod(s); but in this case the resulting items would be set items, rather than magical or rare items? Thus players would be able to make them and wear them for partial set bonuses and the full bonus, if you found all the recipes and wore the whole thing. That sounds pretty cool, actually. You could keep making the individual items until you got mods you really wanted, socket them, and potentially make a really awesome Item Set, entirely customized for your own needs.

Question #1: Would there be just one recipe for each item in the set? The devs previously floated the idea of multiple quality levels of the same item; i.e. leather glove, chain glove, and plate glove versions of the same set item, to make the set scale up and remain useful throughout the game. I don’t see any reason not to do that with crafted set items also.

Season Four Leveling: All about the Crafting?

Diablo 3 Season four crafting changes: Bug to be fixed? Or no change needed?