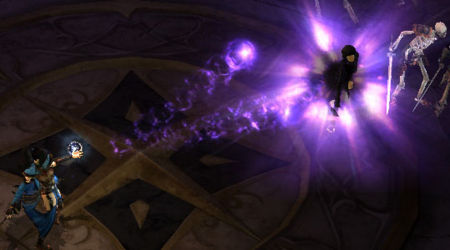 We have started our revamp of arguable the most interesting part of Diablo III: The

Skills! DiabloWiki really has all interesting information available about the Spells of D3, but we are now improving this further by adding it all together in individual articles for each spell. More details, and easier to overview. Everything you could want. Just remember that while some skills are spells, all spells are skills!

First out is the

Wizard, and her first two Tiers of spells from the

P.S.
If you have time to help out in the wiki, add more pictures to these spell articles from the Diablo 3 gallery! We even have a nice help page for how to add all sorts of pictures. Leave a comment here, or e-mail if you need any help at all.