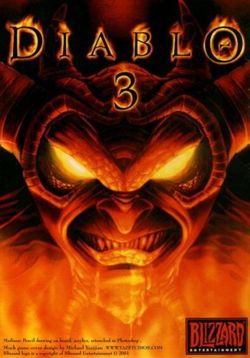 In a blog post on The Escapist, Tom Goldman notes that Gamestop.com has updated their Diablo 3 pre-order page, and added an estimated price of $59.99. This is $10 higher than most games sell for, and is the same price point set by Activision’s recently-released bestseller Call of Duty: Modern Warfare 2.

As the post points out, this is just an estimated price, (for a change; game retailers usually go with imaginary release dates) and the Gamestop page clearly displays a disclaimer to that effect:

Official pricing and release dates have not been announced by Blizzard. Price and release date listed are estimates only and subject to change. Worry Free Guarantee – if the price decreases between the time you place your preorder and the release date, you?ll receive the lower of the two.

That said, would anyone be surprised if Activision/Blizzard pushed Diablo III to a new, higher price point? It’s not like any of us are going to balk at paying an extra $10 after waiting for so long, and Blizzard can even (try to) justify it by the infinitely long development process. All hail capitalism!

Blizzard wins $8.5m in damages from cheat maker in US courts