According to reddit and a few other places over the last few days there was a third ban wave that hit.

This time it was for more bot users, Turbo-Hud(Thud) and from the forums even people using macros to help them automate their game experience.

Also word has it more high end people on the leader-boards were banned. More SoS members as well as some that we have posted in past on the Seasonal Greater Rift Video Watches as well.

Check past the break for more info and stats about the bannings.

Also according to Garfm on reddit there have been: 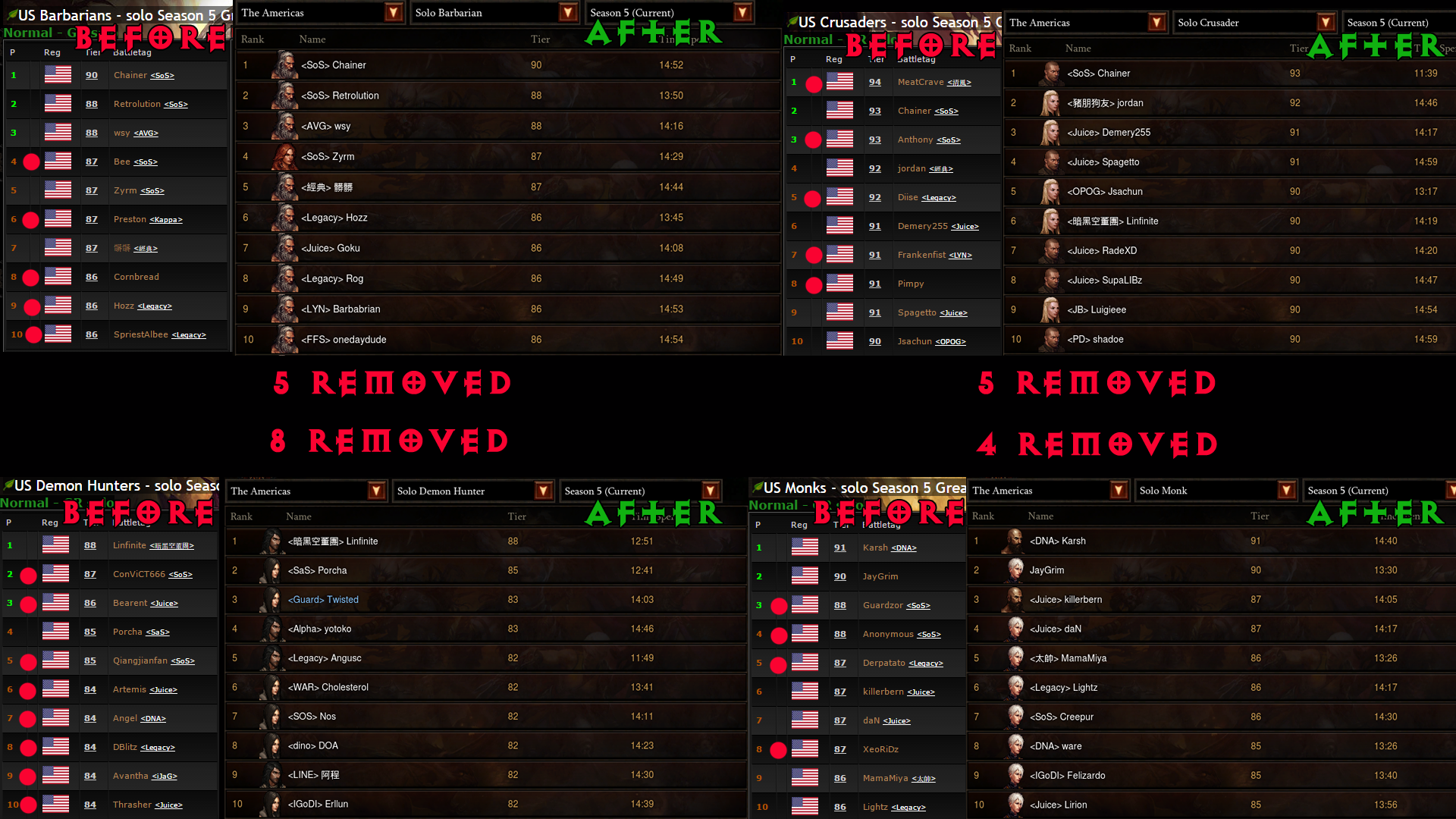 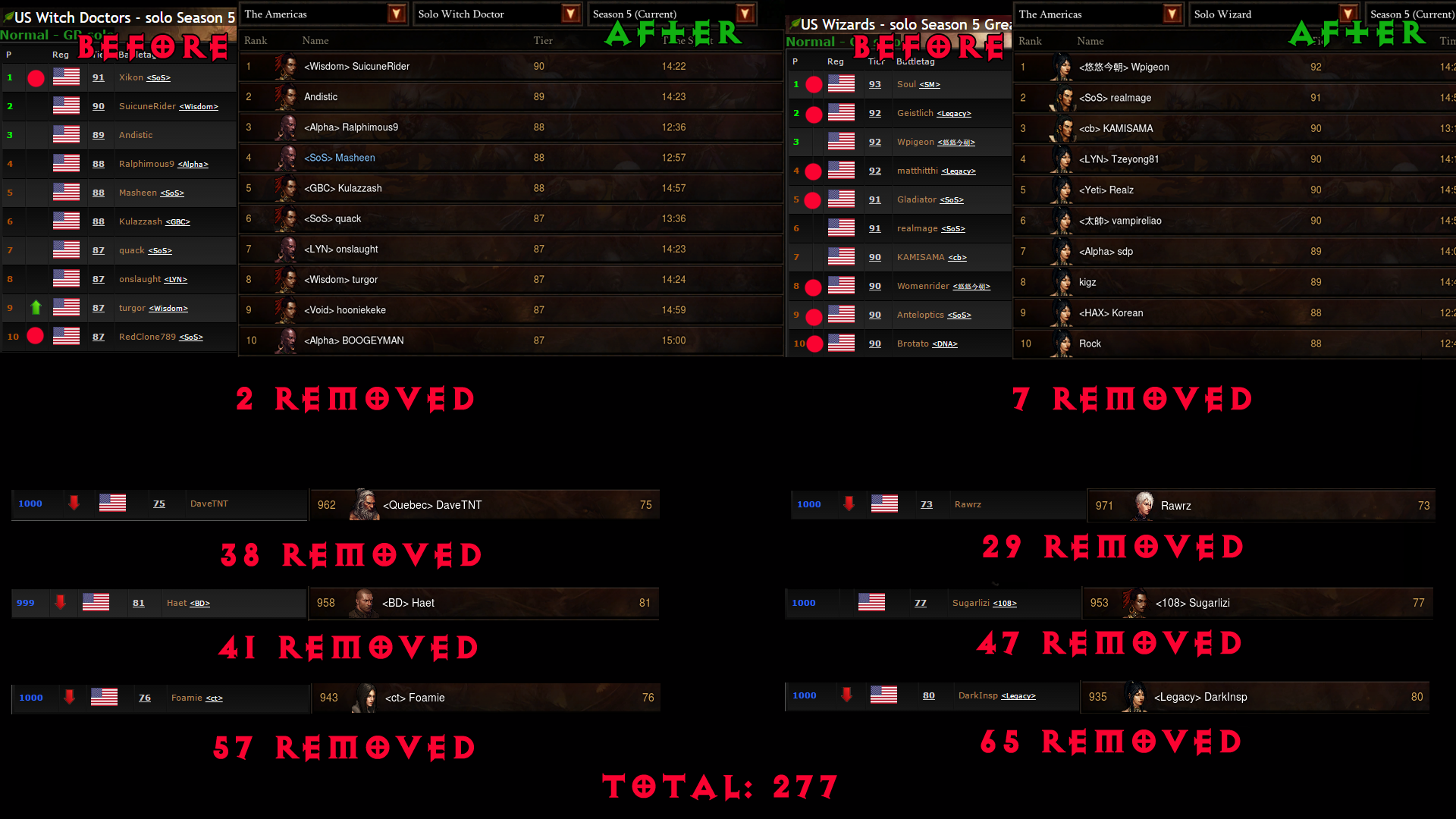 Summary of the pictures above

Also been reading about people gaining 20-50 ranks in the top 1000 of their respected classes since the 3rd ban wave hit. Wolfcryer also mentions in his video below about the leader-boards and how 4 man teams now have one person in them. You can see when he mouses over them.

Rhykker also talked about the 3rd ban wave on his live stream on April 8th. The discussion starts at the 1 hour and 2 minutes mark (If the video doesnt work right).

That is some major clean-up work. Makes you wonder if they aren’t done yet. Soon the season shall end.

By RushsterJuly 15, 2017
Exploits and Cheats

By RushsterJuly 14, 2017
Exploits and Cheats

Legendary Gem rollback and Double XP Weekend – Not Everyone is Happy

By RushsterJuly 11, 2017
Exploits and Cheats

More in Exploits and Cheats

Blizzard looking for $8.5m in damages from cheat maker