The latest Developer Chronicles article is now live and this week it comes from gameplay systems designer Joe Shely.

In the update, Joe talks about his work on making the monsters engaging and he specifically focuses on rift monsters.

I’m one of the designers on the Diablo III team working on gameplay systems and content like Greater Rifts. One of my responsibilities is to make sure the monsters you fight are fun and engaging. Today, I’ll be answering a question about rift monsters.

Lacuni in my Zombie Rift?!

Progressing though a rift is about dealing with the unexpected. Zombies are slow and predictable, so fighting one group of zombies will feel about the same as fighting another group. We add engaging monsters like the Lacuni or the Succubus to change the fight dynamics. 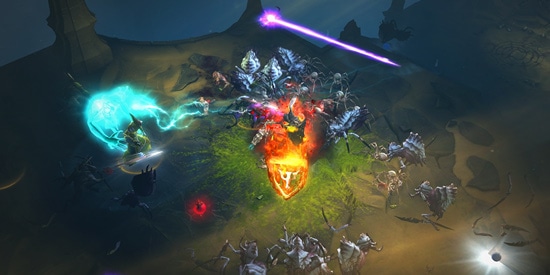 What Qualifies as “Engaging?”

An engaging monster has the capacity to affect your behavior. Let’s look at the Succubus for a moment. Her primary attack, Blood Star, is a fairly slow-moving, seeking projectile. When pushing Greater Rifts, you’d probably prefer not to get hit by that projectile. You might take an action to avoid it, like moving out of the way just before it reaches you or stunning the Succubus when you see her cast. 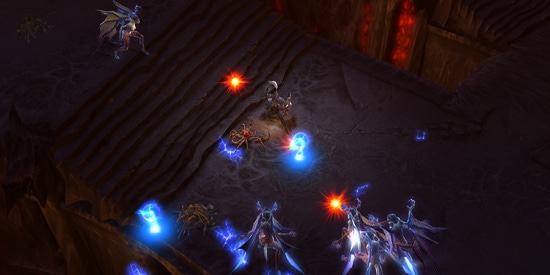 We like engaging monsters. They make the game more interesting by providing opportunities for your character’s abilities and legendary powers to shine. It’s satisfying to use Cyclone Strike to pull several Succubi close and then Blinding Flash them all before they can cast Blood Star.

Of course, when you’re playing on a difficulty level that’s easy for your character, you might not worry about the Succubus at all. That’s okay, too.

Too Much of a Good Thing

Imagine visiting an area and finding it packed with Moon Clan Shaman, Exorcists, Lacuni Huntresses, Blood Clan Sorcerers, Succubi, and Exorcists. Bit of a mess, right? Although we do throw monsters from different areas together in Greater Rifts, we carefully choose which monsters you see together. A good mix of monsters has a couple of things to avoid, a healthy chunk of basic attackers, and a little spice in the form of a big bruiser or a monster with unusual movement.

It’s like monster soup. Too much Lacuni in your soup throws off the flavor. 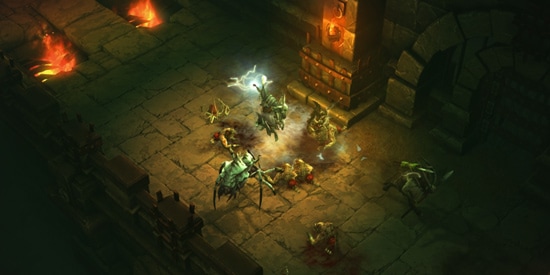 In addition, while a monster’s signature ability can make it engaging to battle against, sometimes it can cross the line and become frustrating. When Reaper of Souls launched, the Primordial Scavenger’s armor wouldn’t break until you’d taken off a significant chunk of its health, but only certain types of attacks were able to bypass the armor to deal damage. This mechanic wasn’t communicated clearly, and some classes had trouble delivering the right kind of damage to break its armor. It didn’t make the monster engaging because it wasn’t obvious what you were supposed to do or how to do it. So in patch 2.3.0, we changed the armor to break after it takes five hits. Since it breaks more consistently, you can now focus on putting the hurt on the Scavenger after it breaks.

We’re always on the lookout for cases where we can make a monster more fun and satisfying to kill while keeping the game engaging, and it’s something we consider when designing new monsters.