This issue keeps coming up, so clearly some amount of fans expected more from the special dyes in the

Diablo 3 Collector’s Edition. On March 24th a fan pointed to images in our DiabloWiki to prove that the special D3CE colors were just renamed from long-standing

armor dye colors previously called “Rogue” and “Pale.” Then two days later one of the questions in the Fansite Q&A asked if the dyes had any “partial effects,” and we were told that they do not.

This issue came up again on the B.net forums, where a fan quoted the original descriptions of the colors to argue that they should do more than just change the hue. Sparkle like a vampire, perhaps.

…Out of all the colours, they picked Grey and White. Most games have Black as exclusive colours because it’s generally more appealing and fits with any colour. There’s already dyes that are identically, thus, it’s really not making these dyes look exclusive. 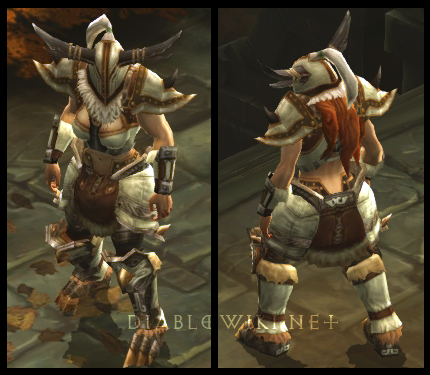 The words Smoke and Cloud are the most frustrating and misleading part in the quote. Could’ve just said Grey and White. The game isn’t out yet and they can EASILY add a patch or update the data base to add these dyes with some sort of ‘effect’. I believe Blizzard needs to address this, whether they plan on doing something or not.

Bashiok: I apologize if you felt the flavor text implied something specific regarding the dyes. Like all flavor text it’s intended to impart flavor, and not be a literal description of an item’s abilities. Particle effects are one of a few ideas we’ve considered working on for dyes in the future, but they’re not technically possible with the system at current.

Here are the two dye’s flavor text for reference:

I don’t disagree there could be some misunderstanding that the text is implying movement. Comparing to the other dye colors though, and I think it should become apparent that the flavor text is for flavor and not intended to be interpreted literally. 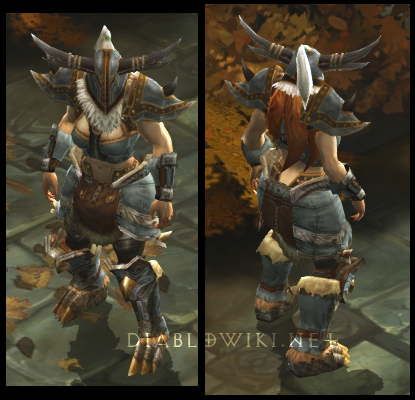 “Sailors from Lut Gholein distill the waters of the Twin Seas and apply the bright blue mixture to their sails in order to blend in and avoid detection by pirates.”

“Hunters and bandits alike use the bark of the Gorsenna plant to blend in with the rustic green shadows of the forest.”

Similarly I suppose you could suspect an armor boost or increased chance to dodge with the above two dye descriptions, but dyes are just as you’d suspect, a color change for worn items. We have no current ability for them to be anything but.

The “beige” and “dark gray” colors chosen for the CE dyes are exclusive to the CE. You can’t obtain them elsewhere in the game. Plus, they’re bottomless, which helps to maintain a consistent gear color theme without spending a bunch of gold. That in itself certainly makes them valuable considering the limited nature of CE availability.

I’m not planning to buy the D3CE, I don’t expect to spend much time dyeing my armor, and I’m hyper skeptical of marketing fluff, so this whole controversy is kind of off my personal radar. That said, any credulous reading of the special dye descriptions that Bashiok quoted would have to lead you to expect something more than “infinite doses of beige and grey.” Bashiok’s explanation seems to be that all the armor dye descriptions are wild exaggerations, which may be true, but isn’t likely to be real comforting to people who bought the D3CE in part because they wanted a way to make their characters look really cool and special and different.

On the topic of Armor Dyes, since they were first announced I’ve been expecting special feature dyes, if not in the D3CE, then in some future promotion, or perhaps even sold as DLC. Imagine an Armor Dye that put a flaming, or poison gas, or glowing effect on your gear? Better yet, how about ultra rare dyes (perhaps with a limited duration) that added modifier bonuses, such as a Flaming Dye that made you look like you were burning, while adding fire damage and resistance to your character?

According to Bashiok, such things aren’t even technically possible at this point. Odd they didn’t program that in from the start as it seems an obvious special feature extension, but I guess they had their reasons. Perhaps the D3X:CE will introduce such coolness?

Has a want? Or does that way lie Second Life-style sparklepony nonsense, with characters running around with skeleton or T-Rex or plaid or transparent “skins” on, breaking the game mood entirely?

This topic reminded me of a cool disappearing armor dye video I’ve been meaning to post for a while. This dye was available from an NPC merchant located in the Fields of Misery, the first area “Beyond the Fence” that we briefly saw in the beta a few weeks ago.