Diablo III beta test begins, we fans have been wondering what their time frame was for those reveals, what systems were going to be revealed, and what exactly constituted a “system.”

We know that most/all of Diablo III’s Battle.net systems are going to be revealed at the media event towards the end of this month, and it was widely-hoped/assumed that those would be the last of the systems, and that with them out of the way the beta might begin shortly. As we learned yesterday, that’s apparently not true, and there will still be systems to reveal after August 1st. (On the brighter side, apparently the

resource will also be revealed at the press event later this month.)

Today brings more news about systems, with the surprising (to me) revelation that

respecs are considered a system, and that we’re going to learn about them fairly soon.

What is the potential cost for re-specializing your character’s talents? Also, is there a limit to how often we can respec? Does the cost for increase for each respec?
Bashiok: We’re going to be ready to share a bit more on this real soon. 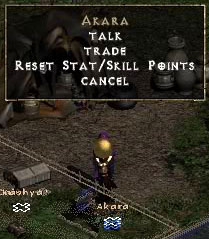 So what do you guys think we’ll see for respecs in Diablo III? I hadn’t really considered that a “system” since it seems like it’ll be something fairly simple, along the lines of what they added into Diablo II in the recent patch. I assume it’ll be something like: we get one full

trait resets per difficulty level, plus you can buy or earn other respecs with some sort of

Simple enough, but even if that’s all they do, I guess they’ll still need to explain the particulars. And you know we’re not going to get full details about the quest or special item that enables respecs, since it’ll be some late game thing and SECRET!