An unimpressed fan linked to a slightly blurry image of the

Artisans from Gamescom in August, except now the

Talisman‘s not hidden) as seen in a Blizzcon panel, and drew some disagreement from Bashiok, as well as a tidbit about 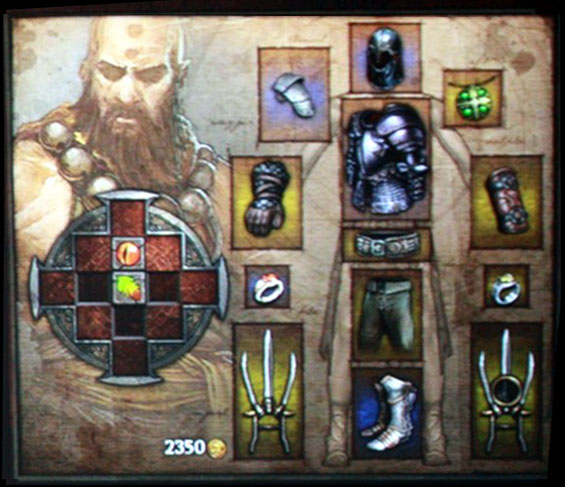 It seems that we’re gonna see the faces of each class in top left corner. In my opinion the talisman looks satisfactory but the rest is flat and unimpressive. Will this design be the final one?

I like how simple and functional it is. I like that it has an old school vibe to it. I like that it’s a very classic 2D paperdoll. And I like that it puts the emphasis on the icons (all of which directly reflect how the items actually look on your character) and not a spinny 3D character window.

I like it, a lot. And not necessarily how it looks specifically, although I do love the aesthetic, but the concept that it represents. That this is an old school action RPG, and it’s going to kick you in the face.

And where’d the quest item tab go? No more quest items, or no more extra space for them?

Quest items are now stored directly within the quest itself. They don’t take up any space at all.

There were no quest items to be had in this year’s Blizzcon demo, but this seems a logical change. Quest items were previously said to be the only

BoP items in the game; they were going to pop right into your special quest items inventory tab, they’d be untouchable while they were there, and they’d be “used” and vanish once you finished the quest. If that was the plan, why have them visible at all? So now they’re not.

It is one bit of complexity from D2 that’s gone from D3, though. No one had any need to equip quest items at higher levels in D2, but early on, especially in the item-poor D2C days, the Horadric Amulet, the Hellforge Hammer, and especially Khalim’s Will (twinkable!) were very useful items, and the fact that you lost them when you finished the quest was an interesting wrinkle in the game. I don’t think that’s going to exactly ruin the game for anyone, but still… will you miss them?