Blue reply today about the character rerolling issue. Surprisingly, the OP’s simple comment has been downvoted so thoroughly that it has to be clicked to expand, a fact that surely made

Bashiok‘s eyes light up as he swooped down to defend Blizzard’s (current?) policy on this issue.

The new Diablo 3 skill tree is going to kill the replay value of Diablo 3. Right now when I go to play the beta all of my chars are max level and I have no reason to make a new char. In Diablo 2 I could make like 4 necromancers each using something different. In Diablo 3 my one character is every type of Wizard or Monk. Hopefully this skill tree is changed to something where the game will actually have replay value.
Bashiok: Wow, people really don’t like the OPs post. Well, if we’re killing replay value by not making people have to level completely new characters just to try out a new build, we are ok with that.

Leveling characters is cool, and some people legitimately enjoy that process, and we agree it can be fun and would still like to find ways to reward people who enjoy leveling additional characters, but being required to get through it just to try out some different skills is no longer acceptable to us. That’s a level of masochism we just don’t care to revisit. We thank the 90’s for their contributions to game design, and the ‘crush the player’s soul’ dungeon master mentality, but we’re moving on. We have this crazy notion that games shouldn’t punish you for trying to enjoy them.

Fact of the matter is though that the longevity in Diablo II was not made by leveling characters. You can get a character to 80 in a matter of hours. The longevity was from experimentation, customization, and the randomized item drops needed to perfect them. And that’s amazingly even considering that a huge portion of the item hunt was completely ruined due to the mass proliferation of what should be insanely rare items. Longevity in Diablo is from exploration, character customization, and more specifically, killing monsters to see what they drop – not leveling. 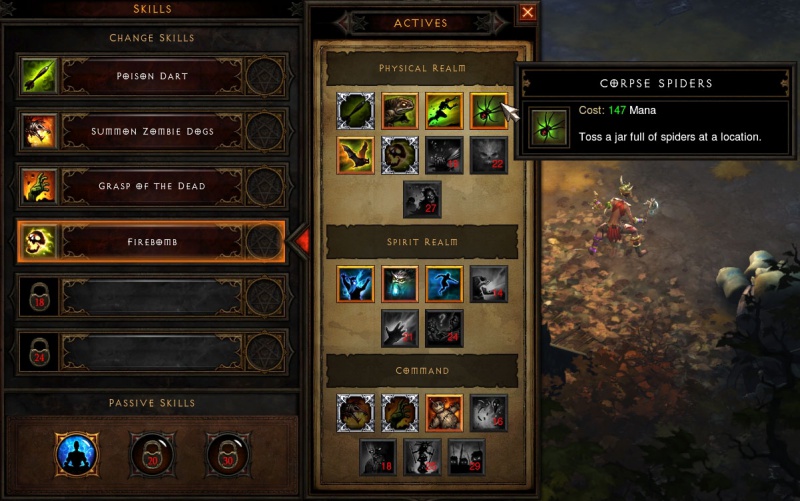 It’s interesting to see this so soon before the big

runestone system revision, since many of us are expecting changes to return some character customization to the game. With the removal of custom

freespecs skill system, the removal of the

talisman, etc, the feeling amongst many players is that characters of the same class in D3 have no individuality or identity, and that they’re all identical aside from their gear (which itself is quite similar). That’s not exactly the same thing as the OP’s plea for a lessening of the freespec system, but it’s certainly along the same lines.

We’ll see soon enough if the new skill/runestone system can return some ability to customize characters. I’m hoping it will, with something along the lines of Azzure’s hypothesis.