A fan pointed out that cubing crafting a level 14

gem would require more than 19,683 level 5 gems (the highest level that can be found from monsters), and got a useful reply from Bashiok:

Yeah, that’s about right. I mean keep in mind none of this has been proven through actual testing but the current design is that yeah, it’s going to take a lot of lower level gems to reach the very highest high end.

The gem-to-gem upgrade intent is not to have these huge gaps where you feel like you’re lame unless you have level 14 gems in every slot, but as a long term goal for the hardcore min/maxers and PvPers who are going to be playing for a long time and be able to work toward those goals. It’s something you can put a little time into just by upgrading the gems you pick up during normal play, so you’re constantly able to keep working toward the goal of crating a level 14 gem.

Also the trading game and millions of people playing for months is going to make them a lot more attainable than they may seem when throwing out numbers like 19,000. 🙂

It’s possible it may feel crappy or we need to add something to help jump gaps, or, who knows. It’s all very unproven at the moment, but we think provides a nice long term goal anyone can work toward just by killing monsters and picking up gems.[/blue]

Bashiok added another reply with some more details and a delightful confirmation of gem stacking.

Gems do stack. Right now it’s 10 but that could go up as we see fit. They have a good chance of being used in other ways aside from simply being socketed, something that would siphon them out of the economy. Maybe crafting. We like them remaining as something you have to visit the Jeweler artisan to combine. We don’t want it to be annoying or take a lot of time though. We also don’t anticipate someone visiting one with 19,000 gems looking to upgrade all the way to level 14. 😉

They don’t have a level requirement so we do intend to see them used as a way to twink new characters, or allow people to buy into gemming up a bit earlier on if they have the gold.

Our current anticipation is that it will take the hardcore players quite a while before they start maxing out their gems, long enough that they won’t see level 14 gems in all slots for all of their gear before we throw something new at them.

Bashiok’s reply is informative, and that last bit about throwing something new at us for socketing is a classic tease. In the meantime, the issue of level 14 gems has been debated in great detail in an ongoing forum thread. A few of the best points: 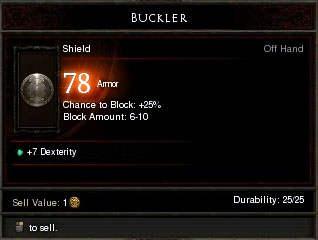 1) Jay Wilson said what Bashiok echoes here; the drop rates and upgrade formulas are not fixed. They might make gems drop more frequently, they might lower the number of gems required to upgrade to the next level, etc. It’ll be balanced and tweaked based on player feedback and testing.

2) D3 allows easy unsocketing of gems with the

Blacksmith. So don’t think of making a level 14 gem as a project that goes on for months or years, just wasting space in your stash. Your character will be using their highest level gem the whole time, prying it out to upgrade it every now and then, before popping it right back in. You’ll be getting a good bonus from it the whole time; one that gradually improves.

4) By playing D2 industriously but not insanely, it took Pyrohemia 2 years to collect ~7500 flawless gems of each type. Assuming a similar rate of level 5 gem drops in D3, it would take more than 4 years to build up enough for a lvl 14 gem of each type. However, if you were able to trade all but one type of gem for the type you were building towards, you could cut the time by 1/5th or 1/6th, depending on how many gem types there are in D3.

5) Trading will almost certainly be a major part of gems. It’s easy to imagine top unique or legendary items selling for L8 or L10 gems, giving higher level players a quick way to turn their surplus item finds into gems, which newer players would create with hours of low level labor.

Season Four Leveling: All about the Crafting?

Diablo 3 Season four crafting changes: Bug to be fixed? Or no change needed?