Season 7 is just around the corner. Friday 5 August, 5:00 p.m. PDT in North America, 5:00 p.m. CEST in Europe, and 5:00 p.m. KST in Asia to be precise. Ahead of the launch Blizzard has posted their pre-season update highlighting what’s new.

Patch 2.4.2 is live on the PTR for testing and headed soon to live realms. For our Seasonal heroes out there, we’ve prepared a two-part guide to Season 7 so you can roll right into a fresh start on day one.

Season 7 will begin with the usual updates to Season Journey objectives, Conquest rotations, and rewards. We’ll cover rewards later, but for now, let’s tackle the challenges you’ll face in Season 7!

As we noted in Season 6, objectives will continue to rotate to create a fresh experience. However, given the 2.4.2. balance changes, we’ve adjusted some of the goals to fit in with the newly anticipated power level of Season 7 players.

Similarly, the steps that unlock Haedrig’s Gift, a special bundle of Set items unlocked throughout the Season Journey, will differ slightly with this season. Rather than tying the rewards to specific steps of the Season Journey, Haedrig’s Gifts are now tied to completing certain chapters. Remember that each bundle will contain two (or, in some cases, three) pieces of one of your class sets.

Chapters II, III, and IV will all reward you with one Haedrig’s Gift. In addition, Chapter IV will also be the reward step for the new Portrait and cosmetic item for Season 7. We’ll go over these rewards in more detail in the Season Reward blog.

As a reminder, all players will only earn one full class set per Season, including both Hardcore and Non-Hardcore Seasonal characters, so choose wisely! Here are the sets you can expect to receive early on in your adventures for Season 7: 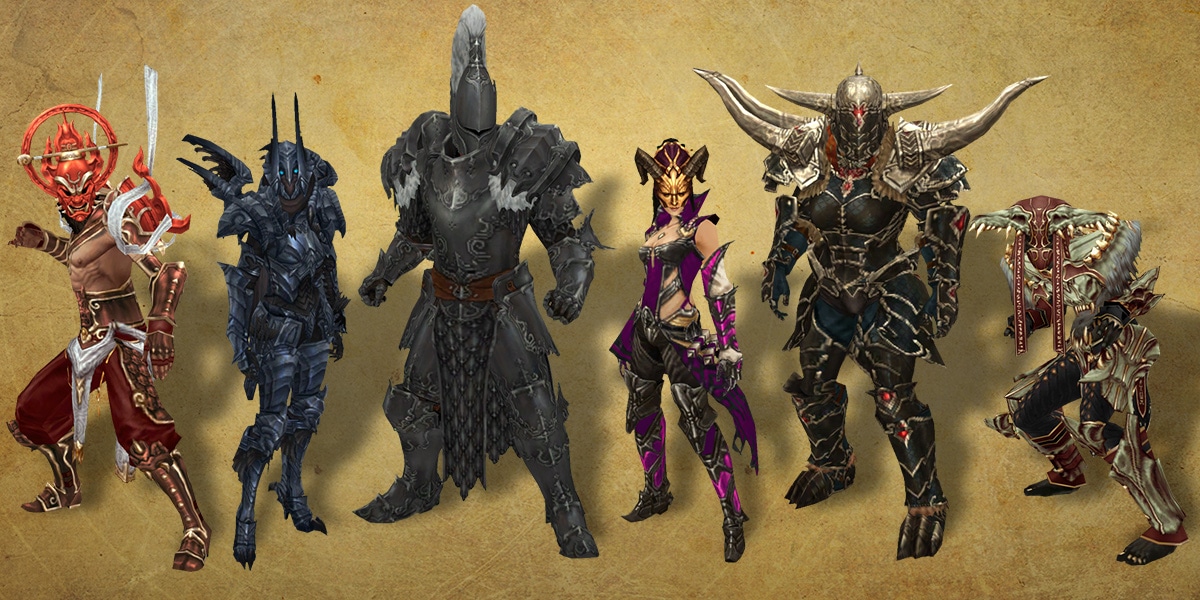 Barbarian: Wrath of the Wastes

Monk: Raiment of a Thousand Storms

Looking to start a new Class, but don’t know what to expect? Here’s a quick run-down of each Set’s specialty in case you decide to dabble in something new during Season 7.

Barbarian – Wrath of the Wastes: Everyone loves tearing through monsters at breakneck speed, and Wrath of the Wastes is built to blend with the best of them! Using a combination of Whirlwind and Rend, this set is truly designed around spinning to win.

Crusader – Roland’s Legacy: Become the essence of a knight in shining armor with this combination Shield Bash and Sweep Attack set! This set evokes traditional medieval-style combat, and successive uses of these melee-oriented skills will stack Attack Speed and damage reduction, transforming your hero into a devastating defender of Sanctuary.

Demon Hunter – Unhallowed Essence: Ever wondered what a shotgun would look like in the world of Sanctuary? That original concept inspired the Unhallowed Essence set, which provides you great damage boosts to generators, Multishot, and Vengeance for every point of Discipline you have. The armies of the Burning Hells are forced to fight in the shade against such power!

Witch Doctor – Helltooth Harness: If you enjoy wrangling enemies and debuffing them back to the Burning Hells, you may want to consider Helltooth Harness! This set applies a debuff called Necrosis to enemies that are hit by a variety of different abilities, and particularly boosts the effectiveness of Wall of Death. Box them in, load them with decay, and watch them melt!

Conquests continue to be a staple of the Seasonal experience, and we’re bringing back a few Conquests from Seasons past for Season 7, with appropriate adjustments to accommodate for shifts in class and balance changes: 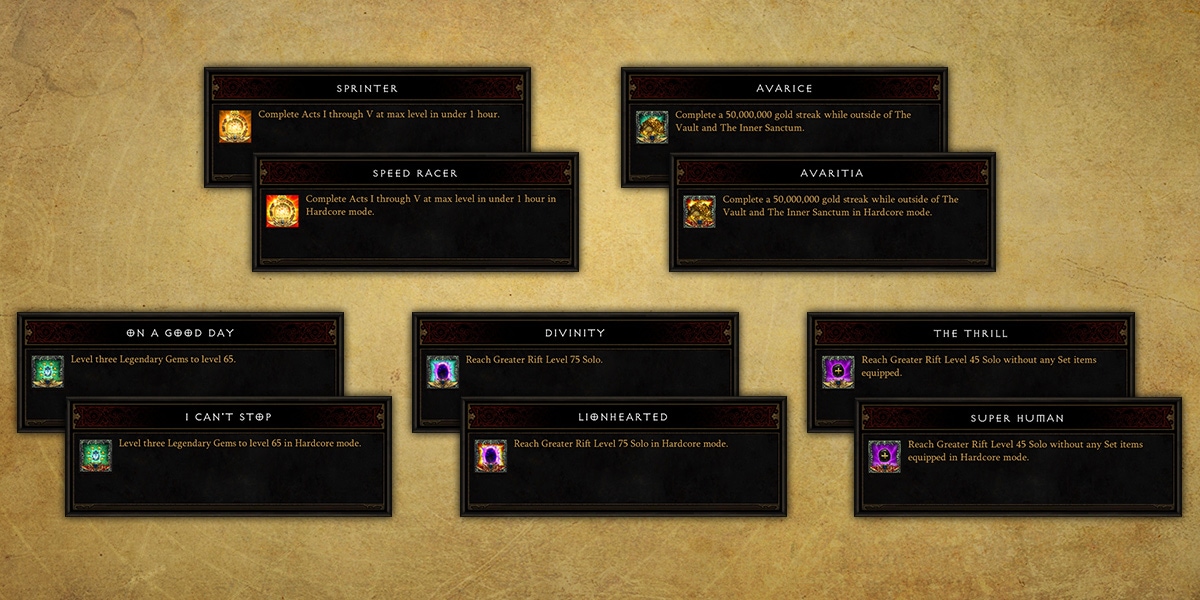 Is the name of your game speed, speed, speed? Then you might want to focus on Conquests likeSprinter and Speed Racer, which challenge you to complete the entire campaign in under an hour. We’re continuing to include staple experiences, such as solo Greater Rift pursuits with Divinity andLionhearted, as well as Legendary Gem refinement with On a Good Day and I Can’t Stop. Finally, if you’re looking for a more brain-teaser style of challenge, put together your own “set” of Legendaries and conquer a Greater Rift 45 without the use of any Set Items via The Thrill and Super Human!

There’s plenty to do, and no matter your flavor of firepower, glory awaits.