Season 8 will get underway on Friday 21 October at 5PM CEST in Europe, 5PM PDT in North America, and 5PN KST in Asia. Now that’s the important stuff out the way, on with Blizzard’s preview which includes a list of the Season rewards, Conquests, and Haedrig’s Gift sets.

Past Seasons have introduced a new rotation of cosmetic items, and Season 8 continues that trend.

Aside from offering you another chance to acquire pieces of the Conqueror Set, this Season brings you a portrait series inspired by the Burning Hells. We’re also throwing in a new pair of “wings” from one of Diablo II’s most iconic villains: the Maiden of Anguish, Andariel! Once you equip them, enjoy shouting “DIE, MAGGOT!” at your enemies—or chasing one of your Wizard friends while they ineffectually attempt to cast Meteor on you over and over again. Ah, the memories. . . . 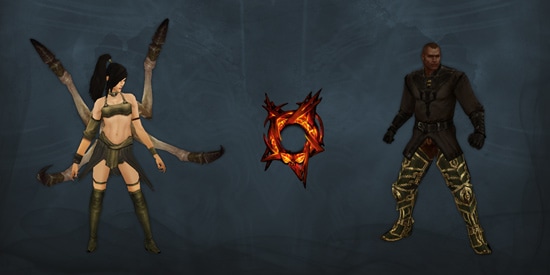 If you’ve been playing the past few Seasons diligently and reached Conqueror in the Season Journey each time, you’ve accrued a few extra stash tabs. Doing the same in Season 8 will unlock another one, giving you a potential ten stash tabs in total.

Ready to get that sweet storage space? If so, you’ll need to do the following:

Speaking of Conquests, we’re rotating those too! For those who hunger for a true challenge in Hardcore, we’re bringing back Lionhearted. If Cursed Chests are your thing, you’ll be pleased to know Curses! and Stars Align are also making a return.Years of War and Dynasty will be a great test for those who enjoy mastering various Class Sets, and if that’s not enough, Masters of the Universe and Masters of Setswill challenge your tactical understanding of Set Dungeons. 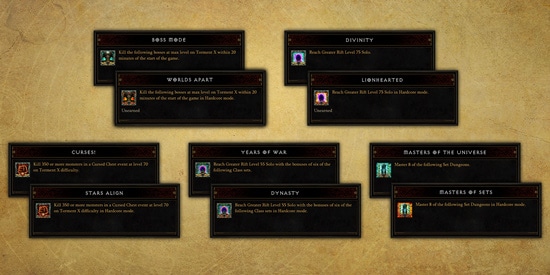 Finally, just as before, you’ll get a shiny new Class Set in the form of Haedrig’s Gift for completing certain chapters in the Season Journey. We’ve listed  the available Sets below. For those new to Seasons, here’s how it works:

Completing Chapters 2, 3 and 4 of the Season Journey, will reward you three Haedrig’s Gifts to open. Each Gift contains a few pieces from one of your Class Sets. Players can only unlock one Class Set in this manner per Season across Hardcore and Non-Hardcore, so choose wisely!

Here are the sets granted by Haedrig’s Gift in Season 8: 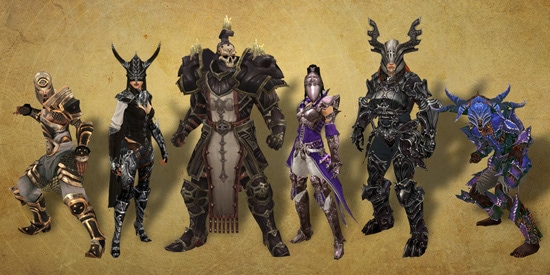