Collecting some Blizzard forum posts and tweets on various matters. None of these are exactly big news, but less big news is what slow, “is it May 14th yet?” weekends are all about.

Bashiok’s and Jay Wilson’s twitter feeds have been pretty slow all week, but Bashiok did field one game question of note yesterday.

Can you guys confirm or deny that the amount of items on the website (legendary and sets) is less then final game? –TommyWierper
I can confirm it’s far less than the final game. —Bashiok

This seemed pretty obvious, given that there are just a handful of Set and Legendary items now listed on the official site, none of which have any pre-set stats, and they all say “Legendary and Set items are being worked on.” Sadly, this is one instance in which datamining can’t tell us any more, since there haven’t been any set or legendary items included (even at high levels) in the last several beta patches. Soon?

Let’s hope so, with the game coming in less than two months! A (surprising? depressing?) number of you guys seem unconcerned that PvP Arena, the hands-down crowd-favorite from the last two Blizzcons, won’t be included in D3 at launch. That said, I don’t think the “cut anything so long as the game is released soon” fans would be quite so forgiving of a Jay Wilson project update to the tune of, “Hey we didn’t get the stats for the Uniques all perfect, so we’re going to launch without them and just patch them in later.”

Elsewhere, a fan asks whether 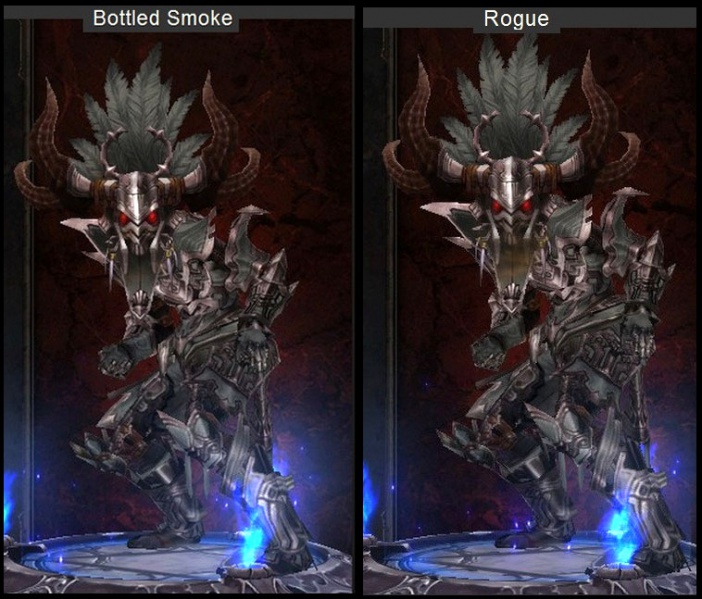 Seems pretty clear that these colors were among the first twenty some that were developed, and then two were selected out to be exclusive to the D3CE, and were given special names. No doubt their original counterparts will be removed from the “free” dye colors remaining in the game, to preserve their D3CE exclusivity. Comparison screens of the special dyes can be seen below, decorating a nice high level Witch Doctor gear set. 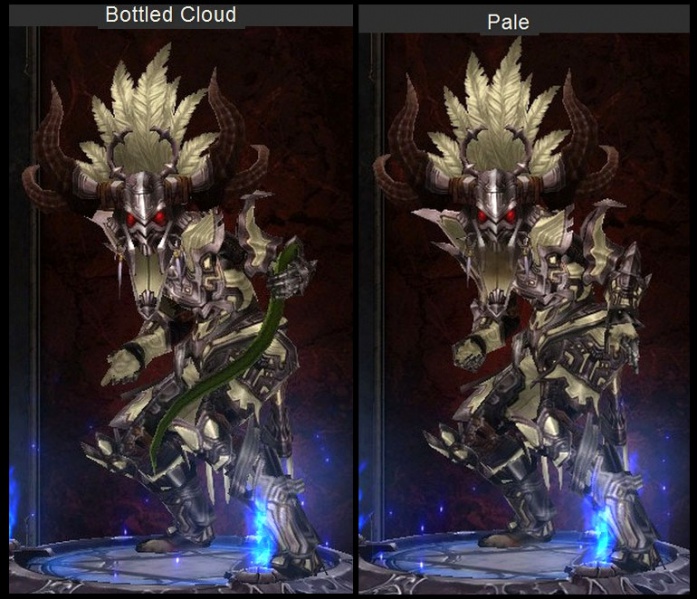 amusing thread from a fan

Click through for a couple more posts on Beta Achievements and a new bug that’s killing beta play access for most Win XP users.

Achievements takes a turn into, “what’s the point in a beta test” in a follow-up question.

do we really have to do all of the achieves all over again? or is blizz gona reinstate them? i had overachiever 🙁

…then why have ones that are beta specific?

In order to test that part of the game.

The beta test is an ongoing test of different game systems. Testers provide Blizzard with valuable feedback about the game.

A lot of people forget about the word “test” in beta test. They see it as a consumer preview instead of a phase of testing.
That doesn’t necessarily equate to a negative. “Consumer previewers” contribute as much as other testers in providing data to those parts of the beta test that are being measured on the server side.

Even feedback like “I wish that beta play earned me a permanent reward of some sort” is valuable, since we want beta testers to want to participate.

Blizzard included a new version of their Battle.net launcher in the patch two days ago, and it’s causing problems. I’d think Blizzard QA has some machines running Windows XP, but perhaps not, as we’ve seen several show-stopping bugs inflicting just that OS over the course of the D3 beta. This one is described quite well by numerous posts in a big thread on the Beta Tech Support forums, and by numerous players in our Beta forum as well. Sadly, I am included amongst their number, as my old desktop is still running XP, and while it’s been plenty powerful enough for D3 over the course of the beta, the new Battle.net launcher has proven insurmountable.

The double copies seems to be something to do with the new version of Agent. We’re seeing the same reports in the Mists of Pandaria Beta Tech forum too. Both games share this version of Agent so it seems likely to be related to the issue. QA has been notified so we’ll just need to wait until they can take a look. Don’t knock yourselves out trying to fix it.

I’d like to say something encouraging, but the “your graphic card is not supported” bug tried to stop Win XP users from running the D3 Beta for months, so if you’re one of the Win XP users, I wouldn’t advise you to hold your breath for a speedy fix to this Launcher Agent issue. 🙁

You can kind of work around it, at least some of the time, by using Project Manager to close the Agent.exe application. Players describe that technique in the B.net forum thread, and I detailed it in the thread in our forum.