Bashiok made an interesting post today in which he related some behind the scenes info about how the Diablo III team creates and records those cool gameplay demos.  A fan commented on the first Diablo III gameplay movie, the one released last June at the Paris WWI event. That video ends with that epic battle between the four heroes and the gigantic

Siegebreaker Assault Beast in the graveyard. That’s not the first time Siegebreaker is seen in the movie, though.

Prior to his big entrance in the cemetery, Siegebreaker can be seen several times in the dungeon that the Barbarian explores. He’s visible stomping around in the misty background after what seems to be an earthquake, and more dramatically when he punches through a wall and yanks a hapless NPC to his doom. That happens at the 10 minute mark, and while you’ll probably need to pause and advance frame by frame to see Siegebreaker’s claw actually grab the NPC (as I did to get the series of shots on this page), it’s clear what happened from the overall presentation and from the frightened archer NPC crying, “What in the hells was that?” (Bashiok made a comment on the “hells” reference in a previous forum post.)

To we fans watching such a movie, it seems like a cool little quest event, and is hopefully an indication of the sorts of

scripted events we’ll see in the final game. To the design crew though, it’s a tricky element to capture in the middle of a long movie. As Bashiok explained today:

It is indeed the siegebreaker’s giant hand that grabs him. It was an extremely difficult and trying shot to create and capture. The way the interior and exterior sections were set up and shot it made it necessary to capture them uncut.

The hand shot just wasn’t working that well, so we’d tweak it, hope that the physics would move the debris properly. Shoot, it didn’t work right. Tweak it again, reshoot the entire interior run, something else might go wrong, etc. Over and over. In the end we had to settle with what would appear to most as a wall collapse simply because we didn’t have time before the announcement to keep tweaking it and reshooting everything to make it more clear that it was a hand busting through the wall and grabbing him. Especially when the one we went with had some very perfect moments in it (zombie corpse landing on railing).

I’m glad that someone caught it though, a lot of work went into those animations, and unfortunately we just ran out of time to showcase them.

Bashiok brings out something that’s easy to overlook. That demo isn’t just a bunch of clips of cool action tidbits edited together. It’s actually more than 10 minutes of solid, straight, uncut, unedited gameplay. Clearly they ran through the dungeon multiple times, and they were tweaking the parameters of events and monster spawning locations and stats and everything else in between each run, to maximize the cool stuff that got into the movie, but that’s still one “game,” as we might see in the final product. As was the 7 minutes of outdoor, multiplayer action that followed the opening dungeon section. 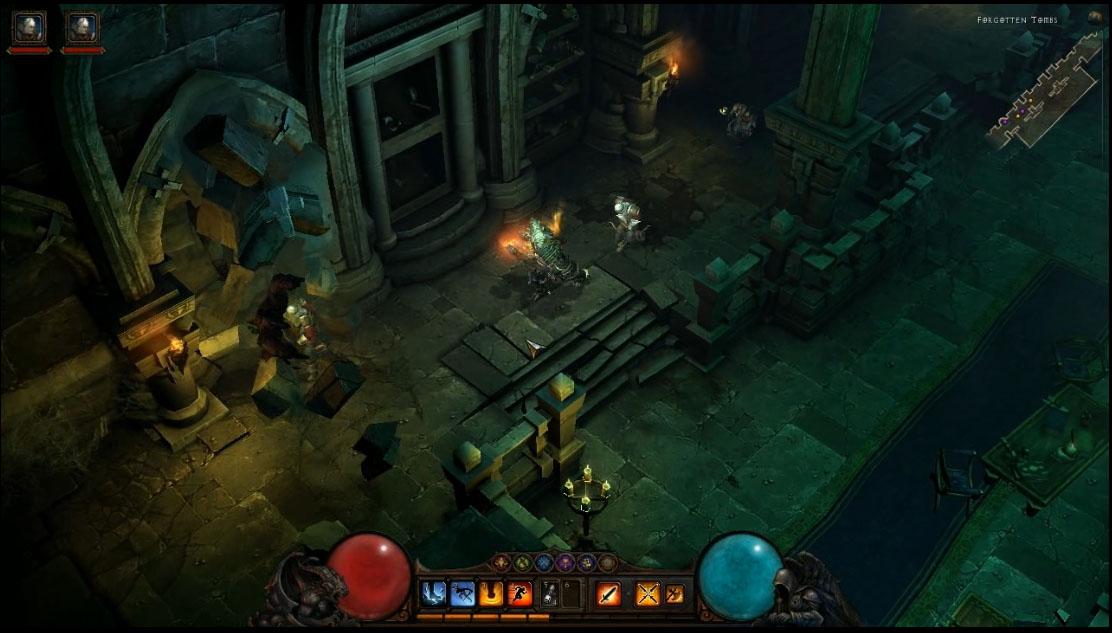