An interesting question today asked about the 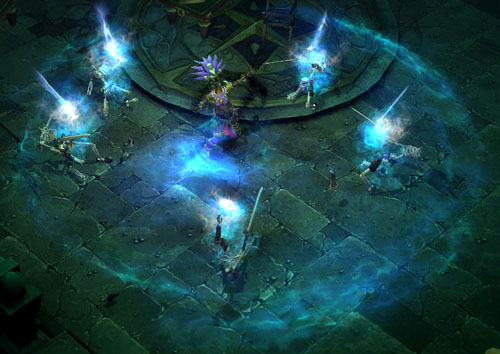 While looking into the Witch Doctor, he has a skilled called Soul Harvest. With this skill he basically has an AoE attack that kills the monsters around him, releasing their souls which he then “absorbs”. I was wondering what type of damage is this considered. I doubt it is considered physical for obvious reasons but at the same time it doesn’t seem to fit the known damage types in the game; fire,poison, lightning, cold and arcane. Are they planning on including a new damage type “spirit” or are they going to include its damage into one of the already existing damage types?

Bashiok: Many things are under consideration and continual iteration.

As to what type of damage it would be, well it’s a great question because something like soul harvest brings up those same questions for the designers and artists. Do you make it physical to avoid attaching a damage type that may not really make sense, go ahead and attach something and live with it, or think of something new?

We don’t know yet.

Note that there is a fine tradition in D1 and D2 of including damage types that aren’t among the normal resistances. The “magic” damage of Bloodstars, Bone Spears, and Bone Spirits, for instance.