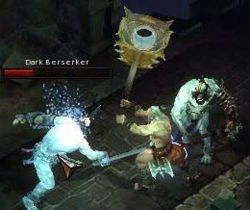 This is the final update from the original Barbarian skills bly Flux, showing you the ins and outs of the

Unfortunately, this update is not to say there won’t be massive changes coming up from Blizzard in an update or two, but then we’ll be prepared with articles for each skill, to make any adjustments needed. (Perhaps by an edit from you?)

The Battlemaster tree is a cool one, with some of the signature skills of the Barbarian, like the Hammer of the Ancients, Weapon Throw and Furious Charge.

We’re all very thankful to DxAxxxTyriel, who has spent a great amount of time making sure we know our Barbarian skills (and I hear he is doing Witch Doctor skills as we speak!) and if YOU would find any picture that will go along well with one of the skill articles, make sure to add it!

And again, big thanks to Eoweniel, TheWanderer, Defx, Telzen, OmniSliver, Freeze, Asteria and Sjassy, who also deserves a big thanks for their efforts in keeping us all up to date with all the Diablo III details!

There has been over one thousand edits in the last week, and of the ones I took a look at, and every one of those is a useful one. Don’t be afraid to stand up and chip in yourself!

Keep a look out for Witch Doctor skill updates by the way, and then comes the Wizard…